CBSE 10th and 12th Result 2016: CBSE Results to be out on Time, confirms Smriti Irani

CBSE 12th Result 2016 is likely to be declared on 23rd May. HRD Minister Smriti Irani has also confirmed that CBSE Result for both 10th and 12th class students will be declared on time, before May 31. 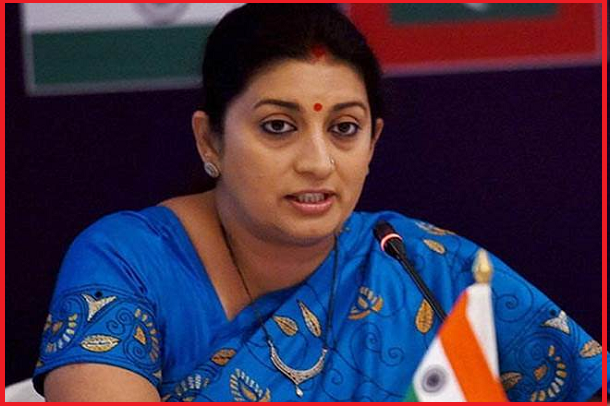 Delhi: Happy days are just around the corner for students, as CBSE is tentatively expected to announce results for class 10 and class 12 students next week. Reports have also suggested that CBSE 12th Result 2016 might be declared as early as 23rd May while the CBSE 10th Result 2016 will be declared within the next week. After the official declaration, students can check their CBSE results online on official website of the board i.e., cbse.nic.in and cbseresults.nic.in.

Get latest and most relevant updates about CBSE Result 2016 @ cbse.jagranjosh.com

Putting minds of young students at ease, the HRD minister Smriti Irani in a conversation with the students on social media confirmed that the ‘Results will be out on time’ (before the end of the month i.e. May 31). This has put rumour mills churning, with different sources quoting different dates for both CBSE Class 12 Result 2016 and CBSE Class 10 Result 2016. Prior to this statement of HRD minister, many sources had claimed that CBSE Result would be declared from 26th to 28th May. However, now many sources are claiming that the board has sped up the declaration process is expected to declare the CBSE Result 2016 by next week.

Where and How to check CBSE Result 2016 online?
After the formal announcement of CBSE Results 2016 from board office, the same would be made available online to all the concerned students. On Result day, students can head over to the official website (cbse.nic.in and cbseresults.nic.in) of the CBSE to check their results.

Alternatively, students can also follow the simple steps given below to check their CBSE Results:

Although no official notification has been issued by the CBSE yet, rumours and speculations suggest that the CBSE 12th Result and CBSE 10th Result can be declared by next week. Although, the chances of CBSE Results being declared on weekends i.e., Sat / Sun are highly unlikely as the IT department of Central Board of Secondary Education has holidays on these two days. However, despite all odds, we still cannot rule out a slight chance of results being announced over the weekend.

As far as declaration time for CBSE results is concerned, in all likelihood, the results would be announced during office hours of the day i.e., 11:00 AM to 5:00 PM. But past experience favours the afternoon time of around 2PM as the most likely time for the result declaration.

Career Planning after CBSE Results 2016
As per the trend of previous years, the CBSE Class 12th Result 2016 will be declared first. Soon after the formal declaration of the result, the admission process for undergraduate level programmes in all major universities and colleges will kick-off. For admission to some professional and technical academic programmes, students would have / will have to appear for an entrance examination. In other cases, the colleges would invite application following which merit list or cut-offs would be announced for the admission. Therefore, students must start planning their admission process right now.

Generally, the CBSE 10th Result is announced after the class 12 results. CBSE 10th Results are pivotal to seek admission to senior secondary schools to pursue class 11/12 studies in different streams i.e. arts, commerce and science. In order to secure admission to these schools, students would need CBSE result certificate, provisional certificate, original mark sheets and in some cases a character certificate as well. Students are advised to procure these documents from their current school.

Jagranjosh wishes good luck to all the students for CBSE Results 2016!