CBSE Class 10 Social Science Marking Scheme for Sample Paper 2021 is available here for download in PDF format. CBSE marking scheme is useful to know the right format for answering questions in the board exam. 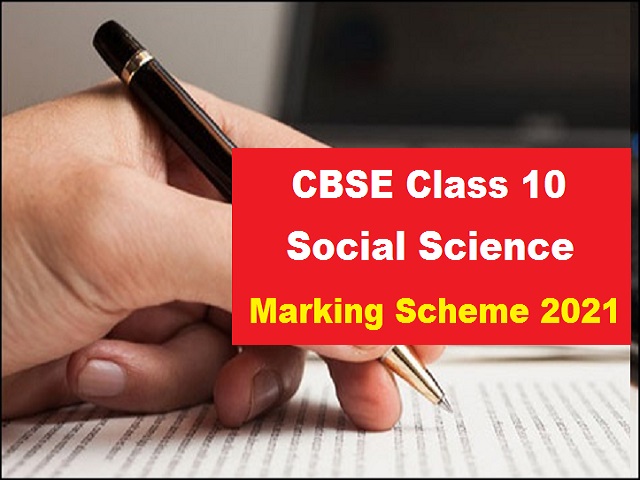 1.Identify the correct statement with regard to ‘The Act of Union -1707’ from the following options.

C.The formation of the ‘United Kingdom of Great Britain’.

D.The British nation was formed as a result of a war with Scotland and Wales.

C.The formation of the ‘United Kingdom of Great Britain’.

2.Which of the following treaty recognized Greece as an independent nation?

3.Which of the following was the reason for calling off ‘the Non-cooperation Movement’ by Gandhiji?

A.Pressure from the British Government

4.Fill in the blank: Business Processes Outsourcing (BPO) is an example of _______ industry in India.

5.Choose the correctly matched pair about the Primitive Cultivation in India from the following options:

7.Identify the soil with the help of the following features.

8.A type of millet rich in iron, calcium, other micro nutrients and roughage is

Majoritarianism: A belief that the majority community should be able to rule a country in whichever way it wants, by disregarding the wishes and needs of the minority.

Ethnicity: A social division based on shared culture/ people belonging to same ethnic group believes in their common descent