CBSE has issued an advisory asking all its affiliated schools across the country to stop indulging into commercial activities by not allowing the sale of stationery items (other than recommended by CBSE/NCERT), schoolbags, uniforms, etc., within their premises or by selected vendors. 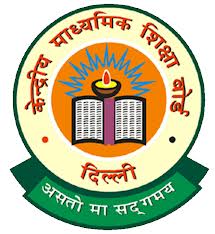 In order to take a strong action against the shools indulged into commercial activities, the Central Board of Secondary Education (CBSE) has issued an advisory, warning all its affiliated schools across the country to stop selling stationery items, schoolbags, uniforms, etc., within their premises or by selected vendors. CBSE has asked the schools to stop forcing students to buy expensive textbooks produced by private publishers, rather than those belonging to the National Council of Educational Research and Training (NCERT) and the Central Board of Secondary Education (CBSE).

The advisory has been issued after the board had received far too many complaints from parents and other stakeholders about the schools exerting pressure on children to buy costly textbooks by private publishers.

The advisory states that the as per the CBSE Affiliation Bye-Laws, it must be ensured that the school is run as a community service and not as a business and that commercialization does not take place in the school in any shape whatsoever, owing to which, the schools are directed to discontinue the unhealthy practice of forcing parents to buy text books, note books, stationary, uniforms, shoes, school bags, etc., from within the premise or from selected vendors only.

For detailed information, you may visit CBSE's official website cbse.nic.in

The CBSE has also reiterated its directive to schools to stick to books published by the National Council of Educational Research and Training (NCERT).

"The Board receives reports and complaints regarding the pressure exercised by schools on children and their parents to buy textbooks other than NCERT/CBSE," the advisory read.

Following complaints about the shortage of NCERT books, the CBSE had asked schools to raise online indent for NCERT textbooks and more than 2,000 schools had participated in that.

You may also read:

CBSE Class 10 Board Exams will be Mandatory from 2017-18, Major Changes in Assessment Structure