In this article, the status of India’s health and education sectors are explained. This analysis is based on the ‘Social Infrastructure, Employment and Human Development’ chapter in the volume 2 of the Economic Survey 2017-18. 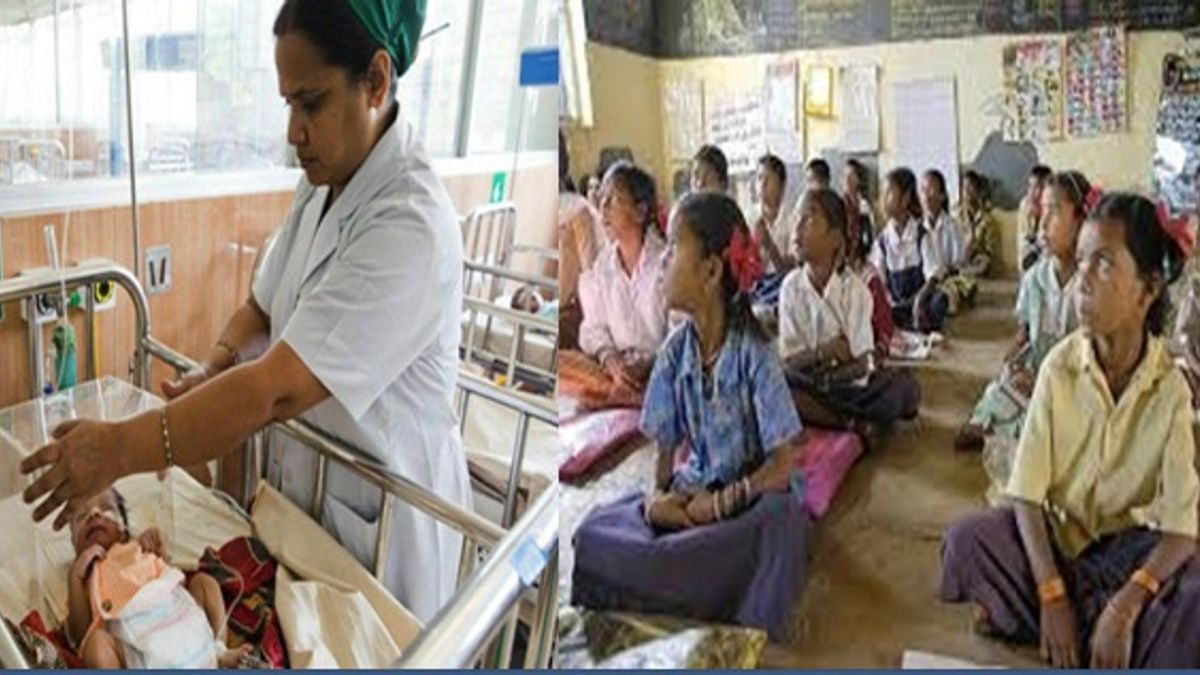 Union Finance Minister Arun Jaitley on January 29, 2018 tabled the Economic Survey 2017-18 in the Parliament. The survey examined the current challenges before the Indian economy and suggested policy measures to overcome those challenges.

For the benefit of IAS aspirants, Jagran Josh is providing a detailed sector-wise analysis of the Economic Survey 2017-18. The information will be helpful for prelims, main exam and personality test.

In this article, the status of India’s health and education sectors are explained. This analysis is based on the ‘Social Infrastructure, Employment and Human Development’ chapter in the volume 2 of the Economic Survey 2017-18.

Q.2. Though the overall life expectancy has considerably improved in the last two decades, the situation in a few States like Uttar Pradesh and Bihar has not improved a lot. Explain the reasons for poor performance of these States.

As part of its commitment to achieve the United Nation’s Sustainable Development Goal (SDG- 3) for health – “Ensuring healthy lives and promote well-being for all at all stages”, the Union Government has taken a number of initiatives. One of the most important initiative is the the National Health Policy 2017, which calls for strengthening health delivery systems and achieving universal health coverage.

In a developing country like India, incurring higher levels of Out of Pocket Expenditure (OoPE) on health adversely impacts the poorer sections and widens inequalities. Although, OoPE has declined approximately by 7 percentage points during the period from 2004-05 to 2014-15, its share is still at 62 per cent as per the NHA 2014-15.

There has been significant improvement in the health status of the individual as life expectancy at birth (LEB) has increased by approximately 10 years to 68 years during the period 1990 to 2015.

Despite improvements in overall life expectancy in India over the years, inequalities still persist among states with a range of 64.5 years in Uttar Pradesh to 75.2 years in Kerala in 2015.

The disability-adjusted life year (DALY) is a measure of overall disease burden, expressed as the number of years lost due to ill-health, disability or early death.

The leading risk factors for health loss (as percent of DALYs) in India for the year 1990 and 2016 can be seen in the following figure.

In 2016, malnutrition still remains the most important risk factor (14.6 percent) that results in disease burden. Neonatal disorders and nutritional deficiencies as well as diarrhoea, lower respiratory infections, and other common infections are the manifestation of maternal and child malnutrition. The Government is implementing several programmes and has also initiated new policy interventions to improve the health and nutritional status of women and children.

The contribution of air pollution to disease burden remained high in India between 1990 (11.1 per cent) and 2016 (9.8 per cent). The levels of exposure remain among the highest in the world. It causes burden through a mix of non-communicable and infectious diseases, mainly cardiovascular diseases, chronic respiratory diseases, and lower respiratory infections. The burden of household air pollution related to use of solid fuels for cooking is being addressed with government interventions through schemes like Pradhan Mantri Ujjwala Yojana.

The behavioural and metabolic risk factors associated with the rising burden of Non Communicable Diseases (NCDs) have become quite prominent in India.
Among the leading NCDs, the largest disease burden rate increase was observed for diabetes, at 80 per cent, and ischemic heart disease, at 34 per cent during the period 1990 to 2016.

The findings of Household Health Expenditure survey in India indicate that about 10 per cent of OoPE on health was spent by households on diagnostics. The following steps were taken by the government to regulate prices of drugs and diagnostics.

Under National Health Mission (NHM), the Union Government has been supporting States through National Free Diagnostic Service Initiative to provide essential diagnostic services in public health facilities. An amount of Rs 759 crore has been approved for free diagnostic service initiative under NHM for 29 States/Union Territories (UTs) in 2017-18.

Besides, the Union Government has brought out guidelines in July 2015 to provide States with a broad framework for implementing free drug initiatives. National Free Drug Initiative under NHM aims at expanding the availability of free drug provision in all public health facilities. The initiative provides support to States for the purchase of drugs and put in place a robust supply management and logistics.

Medical Council of India (MCI) has amended the Indian Medical Council (Professional Conduct, Etiquette and Ethics) Regulations, 2002 vide notification dated 21.09.2016. The amendment stipulates that ‘every physician should prescribe drugs with generic names legibly and preferably in capital letters and he/she shall ensure that there is a rational prescription and use of drugs’.

As part of its commitment to achieve the United Nation’s Sustainable Development Goal (SDG- 4) for education – “Ensure inclusive and quality education for all and promote lifelong learning”, the Union Government has renewed efforts to implement the provisions of the Right to Free & Compulsory Education (RTE) Act, 2009.

As a result, India has made significant progress in quantitative indicators such as enrolment levels, completion rates and other physical infrastructure like construction of school buildings, classrooms, drinking water facilities, toilet facilities and appointment of teachers.

Towards improving the learning outcomes at the elementary school level, Central Rules under the RTE Act have been amended in February, 2017 to include the defined class-wise as well as subject-wise learning outcomes.

As per some studies, school participation and grade attainment are positively influenced by Student Classroom Ratio (SCR) and Pupil Teacher Ratio (PTR).

PTR is the average number of pupils (students) per teacher at a specific level of education in a given school-year. At primary level and upper primary level, the PTR should be 30:1 and 35:1 respectively. As per Unified District Information System for Education (UDISE), the PTR at national level for primary schools is 23:1 in 2015-16.

Data from the UNESCO Institute of Statistics on PTR in primary schools shows that India has a national PTR comparable to countries with similar socio-economic indicators.

Gender Parity Index (GPI) in education is a valuable indicator. It reflects the discrimination against girls in access to educational opportunities. In higher education, gender disparities still prevail in enrolment for which continuous efforts are being made by the Government to improve the net intake rate for women in higher education. With consistent efforts by the Government through programmes like Beti Padhao, Beti Bachao, the GPI has improved substantially at the primary and secondary levels of enrolment.