Manjul Bhargava, an American mathematician of Indian origin, has agreed to teach in Indian universities under the government’s Global Initiative for Academic Networks (GIAN) programme. 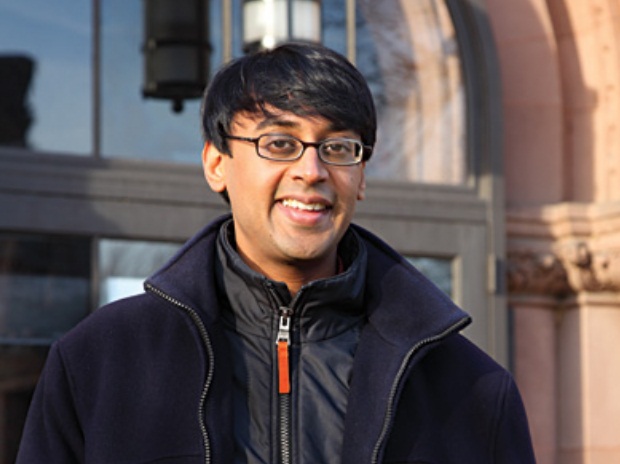 Manjul Bhargava, an American mathematician of Indian origin, has agreed to teach in Indian universities under the government’s Global Initiative for Academic Networks (GIAN) programme. Manjul Bhargava is the mathematician who won the prestigious Fields Medal which is considered as the Nobel Prize of Mathematics.

Global Initiative of Academic Networks (GIAN) in Higher Education is initiated after a Joint Declaration between the Ministry of Human Resource Development (MHRD) of India and the National Science Foundation (NSF) of the United States of America. GIAN aims at tapping the talent pool of scientists and entrepreneurs to engage with the institutes of higher education in India to augment the country's existing academic resources, accelerate the pace of quality reforms, and to strengthen India's scientific and technological capabilities.
The proposed India-US Cooperation will be beneficial for adoption of newer methods of pedagogy; infuse creativity and innovation driven learning and professional rigour at a relatively lower cost; boosting research in cutting edge technologies and to build stronger academic networks between both countries. The US faculty would undertake teaching at Indian Universities, networked research initiatives in topics of mutual interest and development of international entrepreneurship programmes by making the curriculum more industry oriented for better employability.
The proposal envisages the creation of a channel for US academics in science, technology, engineering and mathematics to spend part of their time teaching in academic and research institutions across India. To start with, the programme would facilitate inviting up to 1000 faculty every year from amongst the best institutions in the US, who will be deputed to identified institutions in India.

Born in 1974 in Hamilton, Ontario, Canada, Manjul Bhargava grew up in the US and also spent much time in India. He received his PhD in 2001 from Princeton University and became a professor in 2003. Mira Bhargava, his mother, is herself a female mathematician, teaching at Hofstra University. Manjul has won the Fermat Prize in 2011 with his PhD student, Arul Shankar. Manjul's own PhD advisor was Andrew Wiles, famous for proving Fermat's last theorem. Mr. Bhargava was awarded the 2012 Infosys Prize in mathematics for his work in "algebraic number theory". This theory has directed a way in which number fields and elliptic curves are counted. Mr. Bhargava's honours include the Merten Hasse Prize of the Mathematical Association of America (2003), the SASTRA Ramanujan Prize (2005), the Cole Prize in Number Theory of the American Mathematical Society (2008). He was elected to the US National Academy of Sciences in 2013.