IIFT 2007 exam was a joy for well prepared students. IIFT 2006 exam witnessed the crucial ‘multiple correct answer’ option where a question had several correct answers from where students had to know all the correct answers. According to the IIFT 2007 Exam analysis, this year IIFT exam was done with that taxing pattern, meaning this time there was only a single correct answer. 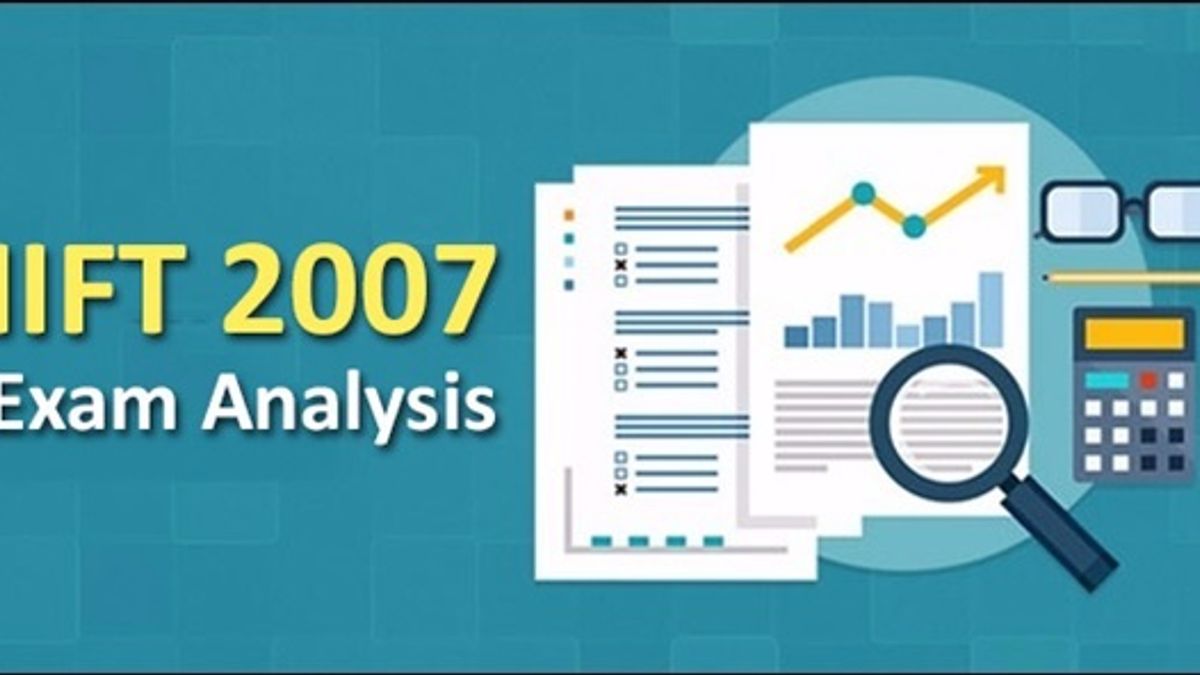 IIFT 2007 Exam Analysis - IIFT 2007 exam was a joy for well prepared students. IIFT 2006 exam witnessed the crucial ‘multiple correct answer’ option where a question had several correct answers and students had to know all the correct answers. According to the IIFT 2007 Exam analysis, this year IIFT exam was done with that taxing pattern, meaning this time there was only a single correct answer. If you remember IIFT 2006 was considered tougher than the mighty CAT exam. Considering the feedbacks from IIFT 2007 test takers this year, it could be said the difficulty level of IIFT 2007 exam was brought notches down compared to last year. However, IIFT 2007 exam cannot be termed as easy, but the difficulty level had scaled down and could be attempted by those who aspired to nail the exam.

IIFT 2007 was conducted on November 25, 2007. The analysis of IIFT exam was done right after the exam was held.

Before we dig into overall and sectional IIFT 2007 exam analysis, let us first go through the exam pattern.

As per the IIFT 207 exam marking scheme, each section had different marks allotted to it mentioned in the table above. There was a negative marking of 1/3rd of the total marks allotted to a particular question.

Now let’s move onto the sectional analysis of IIFT exam,

As per the IIFT 2007 exam analysis, this section was the toughest of all sections. The problem solving section contained 25 questions while the Data Interpretation section comprised 26 questions. The questions were similar to passages that demanded tedious calculations.  The Quant section had questions that were based on 10+2 Mathematic subject. The arithmetic questions in this section were easy though many test takers found it lengthy to attempt. The DI section on the other hand contained 5 tables all most of them required time consuming calculations.

In this section, candidates were required to answer questions based on Fill in the blanks, Paragraph Formation, Spelling Correction, Sentence Correction and Vocabulary. As per students’ feedback, the questions in the VA &RC section were not tough and could be easily attempted by an average student. Students had to attempt 34 questions in total and 25-30 minutes spent on this section would be enough to attempt the section.

According to the analysis of IIFT exam, the General Knowledge section contained 29 questions. The questions were based on topics such as Current Affairs, Awards, Economics, History, Literature, Sports, Geography and Prizes among others. The GK section laid more emphasis on static and dynamic information.

The LR section had mixture of various topics such as Matrix Management, Family Tree, Selection Criteria, Numerical Puzzle, Syllogism, Symbol based relations, Groups and conditionally. Some questions in this section were easy while some were time consuming. The Business Judgement section contained two passages of which 11 questions were asked.

For more such analysis, visit www.jagranjosh.com