IIFT 2016 was conducted on November 26, 2006. The leading management entrance test not only took everyone by surprise but also clean bowled many test takers. If feedbacks from test takers and various coaching institutes are considered true, the IIFT 2006 exam was definitely difficult for candidates to crack. 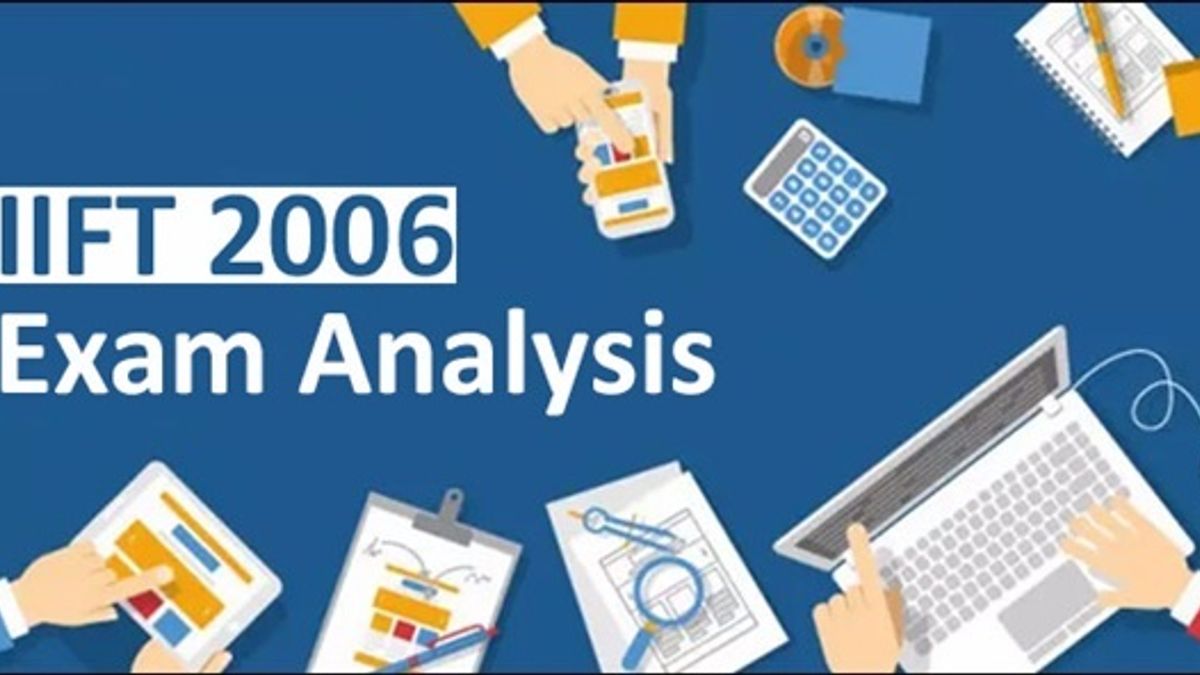 IIFT 2006 Exam Analysis - IIFT 2016 was conducted on November 26, 2006. The leading management entrance test not only took everyone by surprise but also clean bowled many test takers. If feedbacks from test takers and various coaching institutes are considered true, the IIFT 2006 exam was definitely difficult for candidates to crack. The IIFT 2006 exam analysis was done right after the exam was held. As per the analysis of IIFT exam, the overall difficulty level of the IIFT exam was tough, packed with many surprises. Some claimed the IIFT 2006 exam to be tougher than CAT- the father of MBA entrance exams. While few others claimed IIFT 2006 exam questions had more than one correct answer compared to CAT which had only one correct answer.

Now let us take you through analysis of IIFT exam;

According to the exam analysis of IIFT 2016, the QA section had total 30 questions worth 28.5 marks. Here the maximum numbers of questions were based on Algebra and Geometry. As per the feedbacks of test takers, the questions in Part I was tough; students from Science and Engineering background could attempt this section. Many found the Part II on the easier side and could attempt those 17 questions.

The GK section had 26 questions; no negative marks for incorrect answer. The main objective behind this section was to assess candidates’ general and business awareness and current affairs. The GK section comprised questions from various topics including Constitution, Geography, History, Civics, Social Issues and Nobel Prize among others. Each question in this section had more than one correct answer, therefore candidates were supposed to know all the answers of a question.

The Data Interpretation and Reasoning section was the toughest of all. As per the IIFT 2006 Exam Analysis, the Part I section had 12 questions, whereas Part II contained 15 questions in total. Test takers were required to answer 27 questions worth 27 marks. The DI section had 4 sets with answers in the form of statement, hence making it challenging for candidates to answer. According to the test takers, the DI section was time consuming and difficult for many.