JEE Advanced offers stringent contest and the candidates need to go through a tough competition. Often, many candidates wonder as to which is the right score or rank to make it to the IIT Jodhpur institute. While it is still too early to answer this question, we would like to offer the past records so that the aspiring candidates have a fair idea about the expected opening and closing rank IIT Jodhpur in upcoming years and set their expectations accordingly. In this article, we have compiled the opening and closing rank of IIT Jodhpur for the years 2015, 2016, 2017 and 2018 which comprises of the main engineering branches offered for 4 year B.Tech Courses. 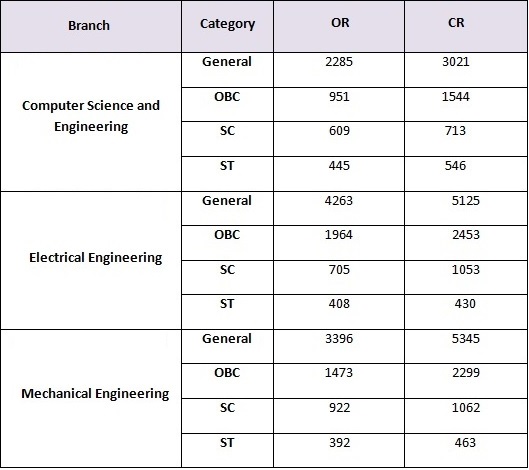 The Indian Institute of Technology Jodhpur, situated at Jodhpur, Rajasthan, India is one of the most reputed engineering and technology institutes in the country. The academic campus operating independently from the premises of MBM Engineering College in Jodhpur, situated on the Old Residency Road, Ratanada, at a distance of about 4 kms from the Jodhpur Railway Station and 3 kms from the airport; and the residential campus situated on New Pali Road, about 14 kms from the academic campus. The Permanent Campus of IIT Jodhpur is coming up on about 852 acres of land at Karwar village, 23 kms NW from the Jodhpur city center on National Highway 65.

(i) Computer Science and Engineering

IIT Jodhpur ensures that students learn from the faculty members by working with them in the well-equipped laboratories. It also has good close relations with international universities, research institutes and corporations.