The following post comprises of the marks analysis of the first and last ranked candidates in the JEE Advanced-2014. This post will help a candidate in understanding the minimum cut off required to qualify the JEE Advanced.

In 2014, JEE Advanced was conducted by the CBSE for the second time. For conducting the exam, the whole country was divided into seven zones. These zones are decided on the basis of IITs (Bombay, Delhi, Guwahati, Kanpur, Kharagpur, Madras and Roorkee). Following post consists of the category wise analysis of the marks of the first ranked and last ranked candidates in JEE Advanced-2014. The following table also consists of the subject wise marks of the candidates. 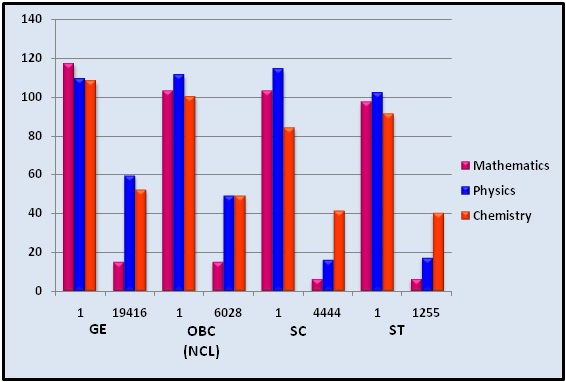