NIA is one such organisation where the candidates are selected through SSC CGL. The candidates can expect a challenging career after getting involved with the agency, which is responsible to counter terrorism in the country. 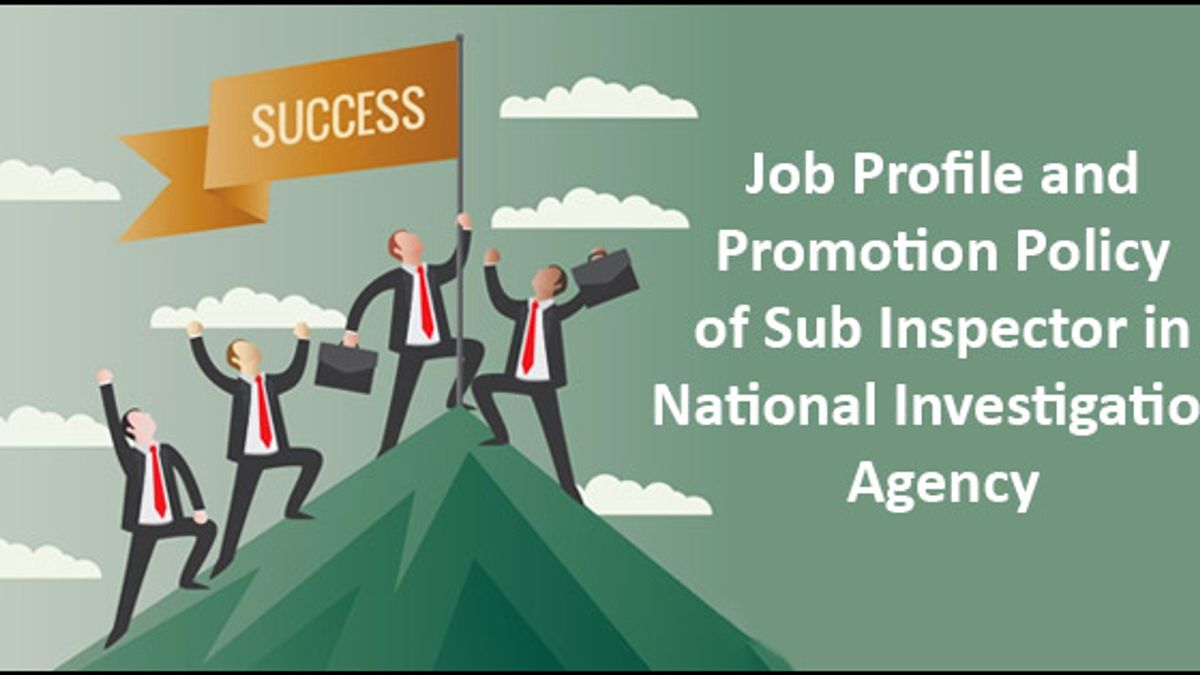 Staff Selection Commission (SSC) through its Combined Graduate Level (CGL) Examination offers Sub Inspector (SI) posts in one of the premier law enforcement body National Investigation Agency (NIA). The Sub Inspector in NIA is responsible initially for official works and later in their duty years they might have to accompany their seniors in field raids as well. The profile of the job is both challenging and ominous, as it involves the investigation of offenses related to terrorism. The interested and aspiring candidates after clearing the SSC CGL recruitment examination can end up getting the post of Sub Inspector in NIA and begin their career in the field.

NIA is a central agency dedicated to counter terror and acts as the Central Counter Terrorism Law Enforcement body in the country. After the attack in Parliament of India on 31 December, 2008, the agency came into being through the National Investigation Agency Act, 2008.

The NIA was formed after the 2008 Mumbai terrorist attacks, to act as a permanent law enforcement body to counter terrorism in the country. The NIA recruits Sub Inspectors through the SSC CGL exam. It previously recruited candidates who had two years of investigation experience in any central/state investigation agencies like SPG, CBI, and IB etc.

Job Profile of SI in NIA:

The headquarters of NIA is situated in New Delhi, where the candidates can get posted after recruitment. The job profile includes

- Work related to that of an intelligence officer and a law enforcement authority.

- The candidates often need to under clerical court work, execute summons and warrants to various individuals and organizations, examine the witnesses and victims related to   particular cases, keep their custody etc.

- They often have to join raids with their seniors in the field, which often turns out violent. The people in NIA deal generally with bigger terrorist organizations and international mafias and drug syndicates. It turns out quite risky, often at the field as anti-law forces remain active throughout.

The work gets paid handsomely and postings can be in most of the remotest places or at the required site of violence or terrorism in any part of the country.

The candidates are paid 13 months’ salary in a year and are provided with decent emoluments and perks throughout their career.

The NIA has five branches in Hyderabad, Guwahati, Kochi, Lucknow and Mumbai with its headquarter in New Delhi. The candidates after clearing the SSC CGL examination for  SI posts in NIA can be posted at any one of the regional branches.

- The candidates are not allowed to get promoted to the higher rank of Inspector before 5 years on paper. It can take more time to reach that level as well, which depends upon the performance of the candidates as well as the vacancies in the department.

- In order to become a Class I gazetted officer after joining as SI in NIA, the candidates need to acquire at least two promotions. It’s very tough to move up in this department by entering through SSC and thus the candidates can at most expect 3 to 4 promotions in their career.