Get NCERT Solutions for Class 7th English Honeycomb Textbook. Students of Class 7 can check NCERT solutions for all the questions of Chapter 1: Three Questions 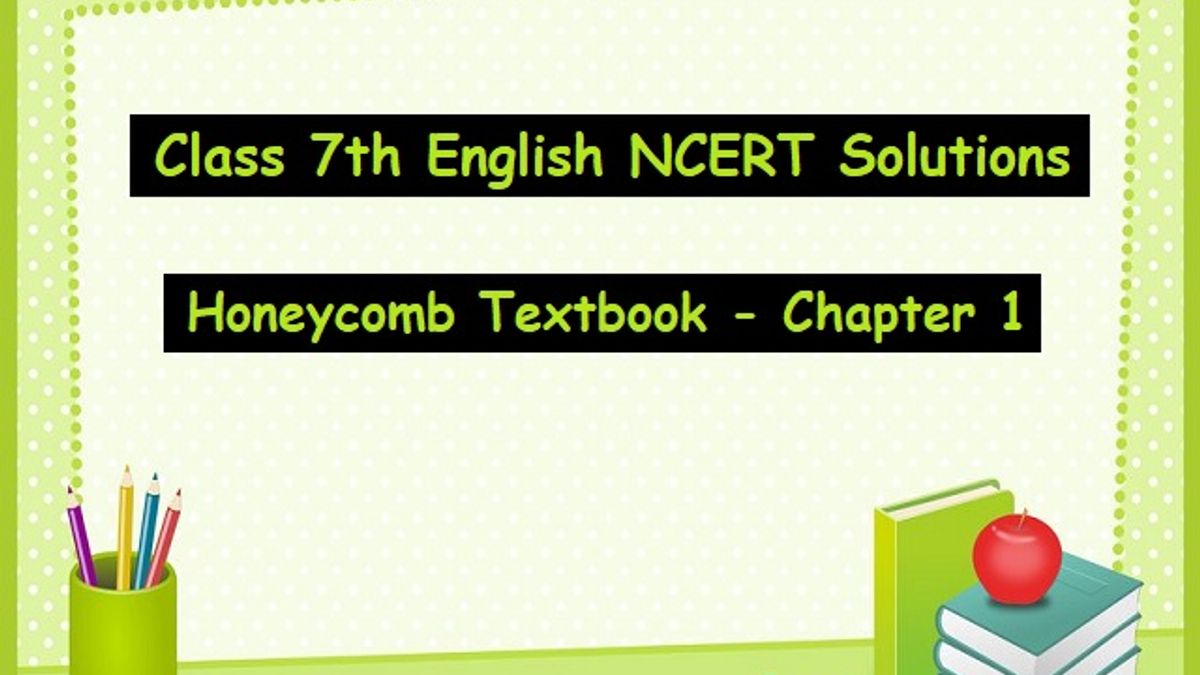 In this article, we have provided Class 7th NCERT Solutions for Chapter 1 from the English Textbook. Chapter 1 is a story about a king who has three questions and he is seeking answers to them. The NCERT solutions of this chapter have been provided after a detailed analysis of the latest syllabus issued by CBSE. Students of Class 7th can study the answers provided here to score well in their school exams.

Ques: Why did the king want to know answers to three questions?

Answer: The king wanted to know the answers to his three questions because he wanted to be a successful ruler.

Ques: Messengers were sent throughout the kingdom

2. to find answers to the questions.

3. to look for the wise hermit.

4. to announce a reward for those who could answer the questions.

Answer: 2. To find answers to the questions.

Ques: Complete the following sentences by adding the appropriate parts of the sentences given in the box.

Ques: Why was the king advised to go to the magicians?

Answer: Some of the wise men thought that in order to decide the right time for doing something, one must look into the future and only magicians were able to do that. So, they advised the king to go to the magicians

Ques: In answer to the second question, whose advice did the people say would be important to the king?

Answer: In answer to the second question some people, suggested to seek the advice of councilors, the priest or the doctors or the soldiers

Ques: What suggestions were made in answer to the third question?

Answer: For the third question some people said science was the most important business while there were others who believed it was fighting and then there were those who believed religious worship should take the first place.

Ques: Did the wise men win the reward? If not, why not?

Answer: No, the wise men didn’t win the reward because their answers were so different from each other and the king was not satisfied with their answers.

Ques: How did the king and the hermit help the wounded man?

Answer: The king washed the wound and covered the wound of the man with his handkerchief and kept on dressing it until the bleeding stopped completely.

The king also offered the wounded man water to drink. The hermit helped the king to bring the wounded man inside his hut and allowed the man to spend his night in the hut.

2. Why did he ask for the king’s forgiveness?

Answer: 1. The bearded man was an enemy of the king. He wanted to take revenge for his brother’s death by killing the king and taking away all his property.

2. The bearded man asked for the king’s forgiveness because he wanted to kill the king but the king has saved his life. He was grateful to the king now.

Ques: The king forgave the bearded man. What did he do to show his forgiveness?

Answer: The king showed his forgiveness by promising the man that he will send his doctor and servants to look after him and also promised to return him all his property.

Ques: What were the hermit’s answers to the three questions? Write each answer separately. Which answers do you like the most and why?

2. So, we should listen to ourselves.

3. The most important business is to be kind and good to others because we have been sent in this world to serve this noble cause.

I liked the third answer the most because helping someone in need is like serving God. It makes us a good person and brings a sense of satisfaction and contentment.