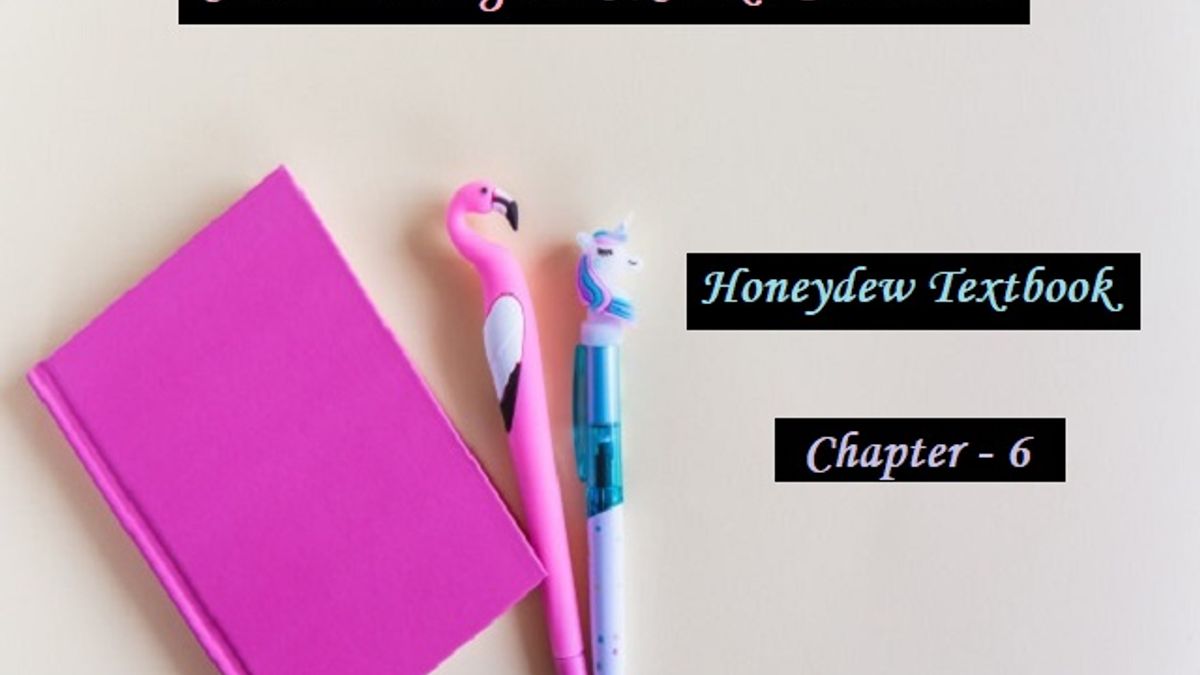 Check Class 8 NCERT Solutions for English Subject. In this article, we have provided NCERT Solutions for Chapter 6 from the English Honeydew Textbook. In this story, Jody’s father has been bitten by a rattlesnake. He quickly kills a doe and uses its heart and liver to draw out the poison. Jody wonders what will happen to the little fawn left without a mother. The NCERT solutions of this chapter have been provided after a detailed analysis of the latest syllabus issued by CBSE. Students of Class 8th can study the answers provided here to score well in their school exams.

Ques: What had happened to Jody’s father?

Answer: Jody’s father had been bitten by a rattlesnake.

Ques: How did the doe save Penny’s life?

Answer: Jody’s father killed the doe or her dear. He used her heart and liver to draw out the snake’s poison. In this way the doe saved Penny’s life.

Ques: Why does Jody want to bring the fawn home?

Answer: Jody’s father had killed the doe. Without the mother-deer, the fawn was likely to starve to death in the forest. So Jody wanted to bring the young fawn home.

Ques: How does Jody know that the fawn is a male?

Answer: The spots on the fawn’s body made Jody know that it was a male.

Ques: Jody didn’t want Mill-wheel with him for two reasons. What were they?

Ques: Why was Mill-wheel afraid to leave Jody alone?

Answer: Mill-wheel was afraid that Jody might be lost in the jungle.

Ques: How did Jody bring the fawn back home?

Answer: Jody picked up the fawn into his arms and proceeded home. After some dis­tance, he kept the fawn down and took rest. Later on, the fawn followed him. Thus he brought the fawn back home.

Ques: Jody was filled with emotion after he found the fawn. Can you find at least three words or phrases that show how he felt?

Answer: (i) (The fawn) shook him through with the stare of its liquid eye.

(ii) The touch of the fawn made him delirious.

(iii) As though the fawn were a china deer.

Ques: How did the deer drink milk from the gourd?

Answer: Jody dipped his fingers in the milk. Then he left the fawn suck his fingers. He did so several times. Finally, the fawn drank off all the milk from the gourd.

Ques: Why didn’t the fawn follow Jody up the steps as he had thought it would?

Answer: The fawn didn’t know how to raise its feet to climb the steps.

Ques: Why did Penny Baxter allow Jody to go find the fawn and raise it?

Answer: Penny was convinced by Jody’s argument that it would be ungrateful if they left the fawn in the forest to starve. He realised that Jody was right.

Ques: What did Doc Wilson mean when he said, “Nothing in the world ever comes quite free”?

Answer: Doc Wilson meant that Penny must pay back to the doe whom he had killed for his own gain by bringing up her fawn.

Ques: How did Jody look after the fawn, after he accepted the responsibility for doing this?

Answer: Jody looked after the fawn like a mother. He made it drink milk with his fingers dipped in milk. This is how a mother feeds her baby. Jody was glad that he had found the fawn.

Ques:  How does Jody’s mother react when she hears that he is going to bring the fawn home? Why does she react in this way?

Answer: Jody’s mother turned her nose when she heard that he was going to bring back the fawn. She gasped with surprise because she didn’t want to see an animal in her home.