Students of Class 9 can get NCERT Solutions for Economics - Chapter 2: People as Resource to prepare for CBSE Class 9 Social Science exam 2020-21. 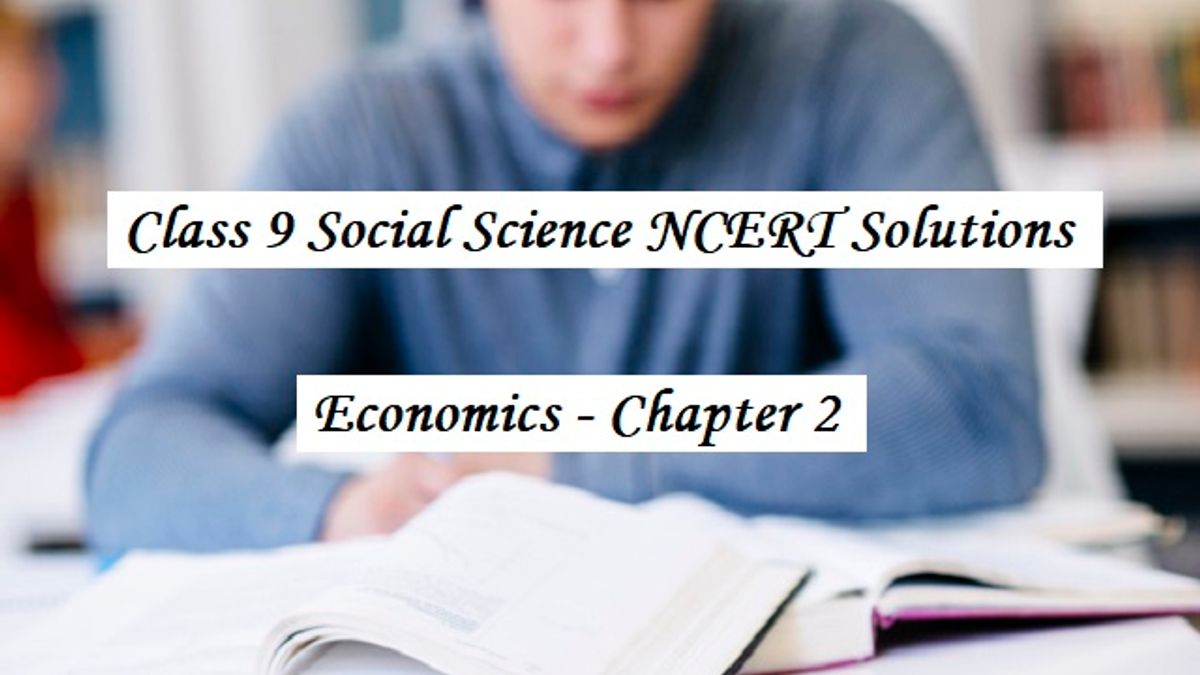 Check NCERT Solutions for Class 9 Social Science (Economics -Chapter 2: People as Resource). This is one of the most important chapters of CBSE 9th Syllabus and to score well in CBSE School exams, students should prepare this chapter well. Before going through the answers to these questions, students are first advised to read Chapter 2 of (Class 9 Social Science -  Economics) NCERT textbook in Hindi & English. If you don’t have the latest edition of the book then you can download PDF from the link given below:

Ques: What do you understand by ‘people as a resource’?

Answer: 'People as Resource' is a way to relate to the working people of a country with respect to their current functional skills and abilities. Human resources is not a liability but an asset to the economy. The population becomes human capital when investment in the form of education, training, and health care is made. Human capital, in essence, is the stock of skill and productive knowledge embodied within it.

Ques: How is human resource different from other resources like land and physical capital?

Ques: What is the role of education in human capital formation?

Answer: Educated individuals find jobs in private businesses while uneducated persons do the same work as their parents. Like their parents, they earn a modest income which is only enough to sustain a family. Many years of employment contribute to labor-quality. This increases their overall profitability. Full productivity contributes to economic growth. This in turn pays an individual his / her choice through salary or in some other form. It is a known fact that with investments in education and health, one can generate a high return in the future in the form of higher earnings and greater social contribution.

Ques: What is the role of health in human capital formation?

Answer: A person's health helps him realize his potential, and his ability to fight disease. An obese individual is an organizational liability. Health is an important pillar to understand one's well-being. Henceforth, strengthening people's health status has been the country 's focus. Also our national strategy aimed at increasing accessibility of education, family welfare, and nutritional services with a special emphasis on the underprivileged population group.

Ques: What part does health play in the individual’s working life?

Answer: Health plays a vital role in the working life of an individual as no firm would be induced to employ people who might not be able to work efficiently as healthy workers due to ill health and not only that people who are physically or mentally ill are unable to work.

Ques: What are the various activities are undertaken in the primary sector, secondary sector and tertiary sector?

Answer: Business activities Non-economic activities Third sector operations aid in the production of goods and services. Activities are called non-economic activities, which are not performed to earn money but to get some satisfaction. These activities add value to domestic revenue. Those are called economic operations. Such tasks are carried out for the satisfaction of social duty or for physical health or leisure. Business activity has two parts — market activity and non-market activity. The economic activity requires remuneration for every participant. People who attend places of worship, provide relief to flood and earthquake victims, participate in sporting events, farming, listening to the radio or watching television are all examples of non-economic activities Non-market events are self-consumption activity. The three most frequently reported activities are cleaning, cooking, and child-care.

Ques: Why are women employed in low paid work?

Answer: When women enter the labour market, they are paid for their work. Their earnings are calculated on the basis of education and ability, much like that of their male counterpart. Most women are under-educated and have low skills training, and therefore women are paid low compared to men. Most women do work where there is no job security.

Ques: How will you explain the term unemployment?

Answer: Unemployment is said to exist when people who are willing to work at the going wages but cannot find jobs.

Answer: People appear to be employed in the event of disguised unemployment. Seasonal unemployment occurs when people can not find work over the course of a few months of the year. They have a farm plot where they find jobs. It typically happens among family members engaged in farming activities. People who are dependent on farming typically face this kind of problem. The job needs five people to serve but employs eight men. Sowing, harvesting, weeding, threshing are performed in some busy seasons. Three extra people. These three people also work in the same plot as five people. The contribution made by the three extra people does not add to the contribution made by the five people. If three people are removed the field productivity will not decline. The field requires the service of five people and the three additional people are disguised as being employed. Some months do not give the people who are dependent on agriculture much work.

Ques: Why is educated unemployed, a peculiar problem of India?

Ques: In which field do you think India can build the maximum employment opportunity?

Ques: Which capital would you consider the best — land, labour, physical capital, and human capital? Why?

Answer: The capital that I find the strongest is Human Capital, as countries like Japan have invested in human resources because they have no natural resources. These countries are wealthy, and established. The natural resource they need is imported into their country. They have invested especially in the area of education and health on people. Such individuals have made good use of other resources such as land and money. Efficiency and the technologies created by people have enriched and developed these countries.