For the benefit of NDA & NA (II) 2017 Exam aspirants, Jagran Josh is providing practice questions on Reading Comprehension. The answers along with explanation will help the aspirants in improving their scores in the English Section of the General Ability Test (GAT) of NDA Exam 2017. 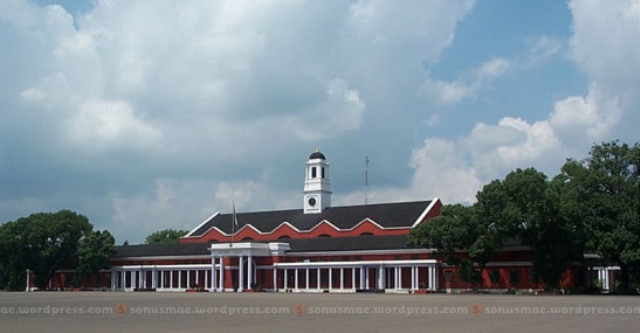 Directions: Read the passage closely and pick up the answer for each question.

There is no general agreement about how the planets were formed. The most widely accepted theory is that about 5000 million years ago swirling clouds of matter began to condense.

Through the action of centrifugal force, the heavier molecules were concentrated near the centre of the eddies, and the lighter, gaseous material was thrown out towards the priphery. Such is the theory. What is known is that nine satellites began orbiting round the sun.

These are the planets. The planet on which man lives is the third closest to the sun, with the third shortest orbit. It also has been something none of the others has - an atmosphere that can support life  in all the manifold forms exist on our planet. There may be satellites circling other stars in other parts of the universe that have the right ingredients for some sort of life to evolve, but the earth is the only one in the solar system.

1. The theory of the formation of the planets.
(a) is generally agreed upon by everyone
(c) covers a very wide area
(d) it is fairly well-known

3. One essential difference between the earth and the
(a)the atmosphere of the earth makes possible the presence of life on it
(b) the earth draws the heavier molecules into its centre through the action of centrifugal force
(c) only the earth is on the periphery of the solar system
(d) the earth has the capacity to come into closer contact with the sun

5. A planet is a ‘heavenly body’ which moves round
(a) the sun
(b) a star
(c) a satellite of the solar system
(d) the universe

1. (d) Can be derived from “The most widely theory”.
2. (c) ‘Swirling clouds of matter began to condense’.
3. (a) Refer ‘to the atmosphere that supported life on
4. (b) “There may be satellites circling other planets”.
5. (a) “What is known is orbiting round the sun.