For the benefit of UPSC NDA & NA (II) 2017 Exam aspirants, we are providing practice questions on Geography that cover topics like Weather System, Wildlife in India, Drainage System, etc. 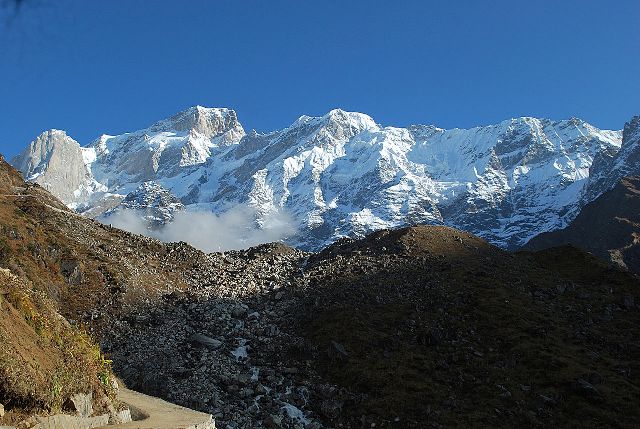 For the benefit of UPSC NDA & NA (II) 2017 Exam aspirants, we are providing practice questions on Geography. This practice set consists of 10 Questions along with answers and detailed explanations.
1.    Which of the following planets is called as the Earth’s twin?
a)    Mercury
b)    Venus
c)    Jupiter
d)    Neptune
Ans. (b) Venus
Scientists call Venus the Earth’s twin planet as the two are similar in size, mass, density, gravity, and composition. Of course, there are differences as well, but the similarities far outweigh them. Hence the epithet.
2.    Trade winds are formed due to
a)    Convection
b)    Conduction
c)    Radiation
d)    Scattering
Ans. (a) Convection
The trade winds are caused by convection of air currents and the Earth's rotation. The air near the Equator gets hot and moves towards each pole, respectively, and it is deflected by the Coriolis Effect (the spin of the Earth).
3.    The deposits of the ancient Tethys Sea were folded to form the
a)    Blue Mountains
b)    Andes
c)    Himalayas
d)    Alps
Ans. (c) Himalyas
The Tethys Ocean existed at a time in earlier geological periods between the continents of Gondwana and Laurasia during much of the Mesozoic era, before the opening of the Indian and Atlantic oceans during the Cretaceous period.
4.    The atmospheric pressure exerted on the Earth is because of
a)    Rotation of earth on its own axis
b)    Revolution of earth around the Sun
c)    Gravitational pull
d)    Uneven heating of earth
Ans. (c) Gravitational pull
Atmospheric pressure is the force per unit area exerted against a surface by the weight of air molecules above that surface. Normal atmospheric pressure is equal to the pressure exerted by a Mercury column measuring 76 cm.
5.    The deflection of winds to the right in the northern hemisphere is due to
a)    Revolution of the Earth
b)    Rotation of the Earth
c)    Smaller land to Ocean ratio
d)    All the above
Ans. (b) Rotation of the Earth
The Coriolis Effect is responsible for the deflection in global wind patterns. The anticlockwise rotation of the Earth deflects winds to the right in the northern hemisphere and to the left in the southern hemisphere.
6.    Which of the following rivers is called Vridha Ganga?
a)    Yamuna
b)    Godavari
c)    Son
d)    Cauvery
Ans. (b) Godavari
The Godavari is often referred to as Vridha Ganga because    of its large size and extent among the peninsular rivers. This is second largest river in India and is also called the Dakshin Ganga. It is 1,450 km long and starts from Triymbakeshwar ( Nasik) and Mumbai around 380 km from the Arabian Sea, and flows through  Madhya Pradesh, Karnataka, Orissa and Andhra Pradesh, and empties into the Bay of Bengal. Some of its tributaries are Indravati, Manjira, Bindusara and Sarbari.
7. The Baltoro Glacier is located in
a)    Karakoram ranges
b)    Pamir plateau
c)    Tibetan Plateau
d)    Alps Mountains
Ans. (a) Karakoram ranges
A glacier is a huge mass of ice found in mountains above the permanent snow line. The Baltora Glacier is one of the longest glaciers outside the Polar Regions. It is located in the Gilgit-Baltistan region of PoK, and runs through part of the Karakoram mountain range.
8. It is with the collaboration of this country the Bhilai Steel Plant was set up.
a)    Germany
b)    USSR
c)    United Kingdom
d)    Japan
Ans. (b) USSR
All major public sector steel plants were built during the Second Five Year Plan, which emphasized basic, heavy and key industries to promote other industries in India. Germany helped India set up the Rourkela Steel Plant.
9. The Gir Forest of Gujarat is noted for its
a)    Lion sanctuary
b)    One-Horned Deer Park
c)    Tiger Sanctuary
d)    Crocodile Park
Ans. (a) Lion sanctuary
The Gir Lion sanctuary located in Gujarat is known for its white lions.
10. Which of the following is a best method to prevent soil erosion in a desert region?
a)    Afforestation
b)    Crop rotation
c)    Contour ploughing
d)    Using farm manure
Ans. (a) Afforestation
In a desert, the soil particles are very loosely held as there is no moisture to bind them together. The trees help bind the soil, thereby checking soil erosion.  Crop rotation refers to alternating wheat and rice with pulses, pea, etc so as to restore fertility to the soil.