For IAS aspirants, it is important to know about the profile of IAS qualified candidates. In how many attempts they became an IAS officer seems quite motivating for the IAS aspirants. If an aspirant failed to make in the merit list in their first and second attempt it does not mean that they cannot secure IAS rank in their remaining attempts.

Here, in this article, you will find 4 out of top 10 IAS toppers who have succeeded in their 3rd and 4th attempt. So, there is no need to worry about the unsuccessful attempts, but it is very important that how sincere you are in your preparation for the next attempt.

Tina Dabi: A Delhi University graduate from Delhi has secured the top rank in UPSC Civil Services Exam 2015. She also topped in Lady Shri Ram College, among Delhi University’s most prestigious colleges and earned the title ‘Student of the Year’.

She has completed her schooling from the convent of Jesus and Mary where she scored 100 per cent in Political Science and History in Class 12th. Her father Nand Kishore Dabi works at CSIR in Pilani and her mother Himali Kamble is a qualified electrical engineer.

While talking about her success, she says "My secret formula is my mother. She has guided me since Class 11th and groomed me for the service. She has given me all the possible guidance and support throughout the time".

Athar Aamir Ul Shafi Khan: Athar Amir Khan, an IIT Mandi graduate hails from the state of Jammu & Kashmir has secured 2nd rank in CSE 2015. In his earlier attempt in 2014, he secured 560th rank and got allotment in IRTS.

1993 born, Athar Amir Khan has been a brilliant student from his school days. After completing class 12th, he appeared in various Engineering entrance examinations. He cracked almost all of them and enrolled into IIT – Mandi. This was a new IIT with a vibrant educational environment. It was also close to his birthplace.

Athar’s father is a lecturer in Government Girl’s Higher Secondary School, Anantnag, Jammu & Kashmir. His mother is a homemaker. His father is known for his humility and integrity in the locality.

Jasmeet Singh Sandhu: Jasmeet Singh Sandhu from a very humble family background has secured 3rd rank in CSE 2015 in his 4th attempt. In his third attempt in 2014, he was able to get IRS and was working as an Assistant Commissioner in the same. His consistent hard work can be seen through his repeated success in civil service exams. In 2013 he was selected in Punjab PCS Exam from where his journey of success began.

From the beginning, he is a high performer in academics, has secured 89.6% and 86.4% respectively in class 10th and 12th and then enrolled at IIT-Roorkee where he secured 85.22%.

Artika Shukla: An MBBS graduate from Maulana Azad Medical College, New Delhi has secured 4th Rank in CSE 2015. Earlier, she worked as a Junior Resident at PIMER, Chandigarh and had also enrolled in post graduation from the same college.

She hails from Rohit Nagar, Naria of Varanasi district of Uttar Pradesh. She never joined any coaching classes for IAS Preparation and started her serious preparation in December 2014 only.

Before indulging into serious preparation for IAS she cancelled her admission from MD Paeds in PIMER, Chandigarh. She received inspiration and great help from her brother Gaurav Shukla, who had cracked UPSC Civil Services Exam 2012. She was a brilliant student during her primary and secondary education.

How to prepare for IAS Exam with a full-time job?

Shashank Tripathi: An IIT Kanpur graduate has secured 5th Rank in CSE 2015. From the beginning, his sole ambition was to be an IAS this is why he skipped the placement session 2013 at IIT-Kanpur.

Shashank in his first attempt in 2014 had secured 272 Rank and got the Indian Revenue Services but he was not satisfied with this only.

While undergoing IRS training in Nagpur, his IAS dream never faded and got the continuous support and motivation from his father, Narayan Tripathi. Finally, in 2015 he made his family and all well-wishers proud.

Ashish Tiwari: A Mechanical Engineering graduate from NIT Jamshedpur has secured 6th rank in CSE 2015. He has completed his basic and high school education from a government school in Chhatarpur, Madhya Pradesh. Earlier, he was working in Indian Oil Corporation Limited (IOCL) where he felt that clearing UPSC exam is not as tough as people think.

Ashish has keen interest to resolve the water crisis in his locality in Bundelkhand, Madhya Pradesh.

Sharanya Ari: An IT graduate from SRM University has secured the 7th rank in CSE 2015. Her father M Arivazhagan, a retired Air Force officer, motivated her to serve the nation by joining the Indian Administrative Service. Becoming an IAS officer was a long dream of her parents. Her mother - a teacher at Government Girls Higher Secondary School in East Tambaram, Tamil Nadu, also assisted her in preparing for the optional subject of sociology.

Kumbhejkar Yogesh Vijay: An Electrical Engineering from IIT Mumbai has secured 8th rank in CSE 2015. Before being selected by the UPSC in 2014 in which he got 146th rank, he was working in Citi Bank. He hails from Solapur district of Maharashtra and his father is a banker. When he heard the news of his AIR 8th, he was undergoing training of IPS. Kumbhejkar’s rank is highest in Maharashtra by any candidate in the last 25 years. He made his village and his state proud.

Karn Satyarthi: A Mining Engineering graduate from IIT Kharagpur has secured 9th rank in CSE 2015 in his second attempt. His father works as an associate professor in the Civil Engineering Department of BIT Sindri and his mother is a homemaker. He completed his basic education from De Nobili School, Digwadih in his home town Dhanbad Jharkhand. 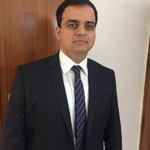 Anupam Shukla: A Delhi University Physics graduate has secured 10th rank in CSE 2015. Earlier, he has cleared IFS in 2013 and served as an assistant conservator of forests in Lucknow, UP. He always performed well in academics and even got MSc degree in forestry and environment for his distinctive performance during his forest service training in Dehradun. He hails from Patna, the capital of Bihar, completed his early schooling at the AG Mission School, Bettiah (West Champaran), DAV Public school Muzaffarpur and class 12th from Kendriya Vidyalaya Bailey road Patna.