The Shelby Cobra 427, by and large, is considered to be one of the hairiest sports cars of all time. With an iron fisted, American brewed 7.0-litre V8 engine always trying to warp its weedy British built chassis around itself and the occupant, the Shelby 427 made widows.

The Shelby Cobra 427, by and large, is considered to be one of the hairiest sports cars of all time. With an iron fisted, American brewed 7.0-litre V8 engine always trying to warp its weedy British built chassis around itself and the occupant, the Shelby 427 made widows. It was built from 1965-67; could accelerate from naught to 160 kph in just 10.3 seconds and had a top speed of 265 kph, making it the fastest car back in its day. 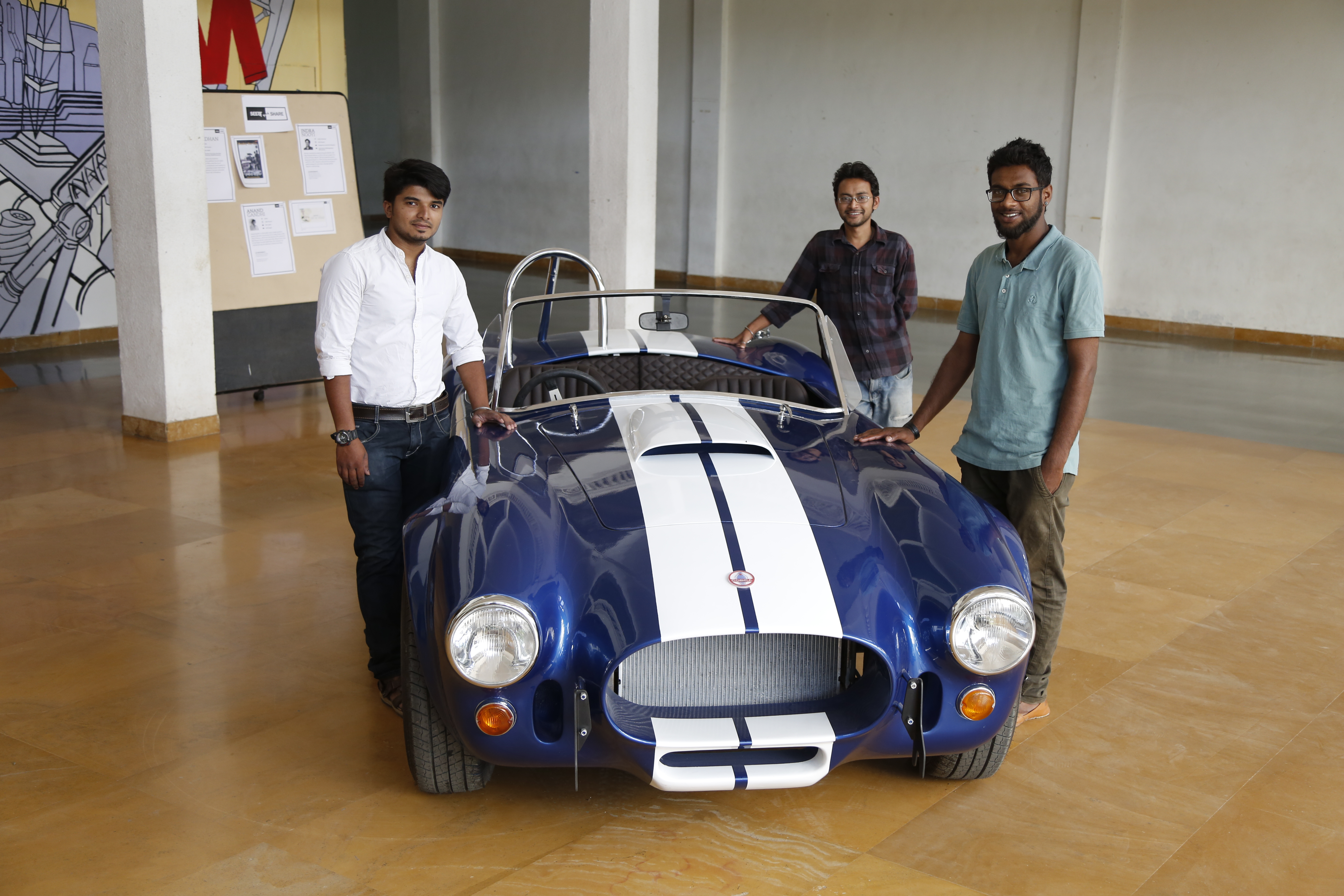 Almost two decades later, back home in India, the Maruti 800 was in its nascent stages of development. When it finally came out in 1983, India saw an affordable, reliable, and yet relatively modern automobile, While the Shelby was a venom and fire spitting monster, the Maruti was its perfect anti-thesis, an economical runabout that taught a country how to drive. What possibly could connect these two polarizing elements from the automotive periodic table? It turns out that two design students from Pune, with the help of a few of their ilk, have found a common ground between the two automotive entities, both icons in their own right.

As a part of their final year project, Vishnu Prathap and Suyash Kalbhor from the Transportation Design department of MIT Institute of Design have created a replica of the Shelby Cobra 427 with a Maruti 800 heart.

The duo, part of a team of five core members and faculty member Donshong Koren,Ajay Patil & Chaitnya Kachare took almost nine months to finish the entire project, work on which started in August 2015. Almost everything, from the chassis to suspension was made in-house, except for the lights and the engine, which was sourced from a Maruti 800. Core member Deepak Vijayan under guidance of faculty member Ajay Patil and Residential artist Nilesh Bhalerao worked exclusively on the custom built fibre glass body, and tried to make it look just like the original Shelby Cobra 427’s shape.

While further technical details are scarce, the creators, being from a pure design institute, just concentrated on getting the visuals and aesthetics right.

The project was aimed at building a working prototype/ full scaled replica of the iconic Shelby Cobra 427, one of the world’s fastest cars back in those days. The plan was to build the whole vehicle in-house, including the chassis and modelling and then later on casting the body shell in fiber reinforced plastic. A donor engine has been used for the vehicle’s propulsion. The surfacing and construction of the whole vehicle amounts up to a total of 9 months up to the dates of the final reveal.

Disclaimer: The information provided in this Notification is solely by MIT Institute of Design., Jagranjosh.com bears no representations or warranties of any kind, express or implied, about the completeness, accuracy, reliability, suitability or availability with respect to the information. Individuals are therefore suggested to check the authenticity of the information.