The government of India has the policy to provide good quality secondary education which is affordable, available, and accessible to all children from 14 to 18 years of age.

The cost of school education 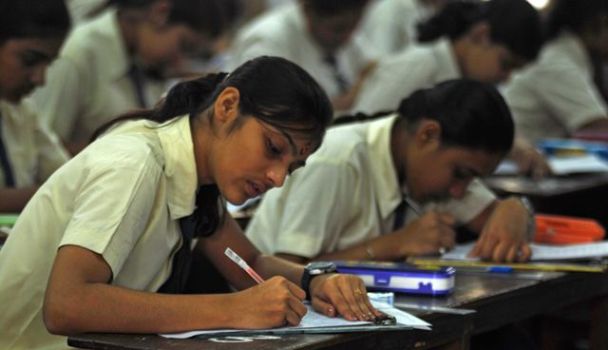 Every parent want their child to receive the best of education and for that they send their children to the best possible school that offers high class education apart from providing various extracurricular activities.

What the survey says

Associated Chambers of Commerce and Industry of India (ASSOCHAM), one of the leading trade associations of India carried a study in 2014 on the real cost of education in India according to which parents have to spend almost half of their annual income on their child’s schooling.

This survey took into consideration only one child and also found that the annual earning of parents did not increase in relation to the cost of education.

ASSOCHAM-Educomp Paper dated  September 20, 2016 says, “Though India has made rapid strides, the yawning gap between the standards of education does not seem to bridge soon as the developed world has not slowed down spending on education.”

It further said that since India is spending only 3.83 per cent of its GDP on education, it is not sufficient to catch up with the education standards of developed nations.

“It will take six generations or 126 years to catch up with developed countries if we do not change our education system dramatically,” says the paper.

According to a study published in 2014, most parents spend about 18 lakh to 20 lakh rupees on an average on the complete schooling of a single child.

The role of the government

Ministry of Human Resource Development, which looks after the development of school education in India, presently has the policy to provide good quality secondary education affordable, available, and accessible to all children from 14 to 18 years of age.

Presently, following schemes aimed at secondary stage (class IX to XII) are being put into practice in the form of Centrally Sponsored Schemes:

Conclusion: The government on its part has been making all efforts to contribute to raise the level of education and also encourage children to study. What more is required though is more funds and better infrastructure to come at par with the developed nations.