The Railway Recruitment Board (RRB) has released the rescheduled exam dates for the RRB JE CBT 1. The exam will be conducted  from 26 June 2019 to 28 June2019. 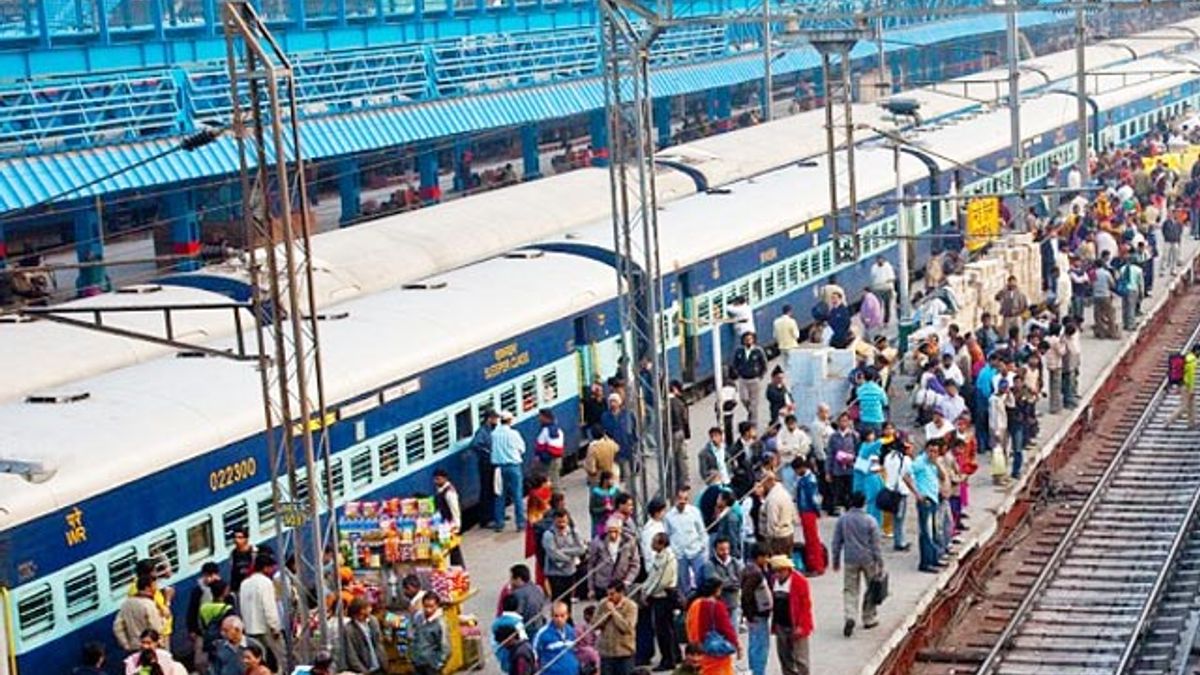 RRB JE CBT 1 Rescheduled Exam Dates and Admit Card: The Railway Recruitment Board (RRB) has released the rescheduled exam dates for the RRB JE CBT 1. All such candidates who have to appear in the exam can download their admit card from the official website of the concerned RRB. It is to be noted that the exam is to be conducted from 26 June 2019 to 28 June 2019.

Candidates whose recruitment exam was cancelled or postponed can now appear for the same in this CBT exam. The admit card and train travel authority for eligible candidates is also available at the respective RRB website and candidates can download the same.

It is to be noted that RRB, RRB JE CBT 1 exams for various zoned had been cancelled due to some technical errors. The exam has been canceled at some exam centres in RRB Bhubaneswar, Kolkata, Ranchi and, Secunderabad and other areas.

Now all candidates, whose 1st stage CBT was rescheduled, may log-in with their credentials through the link to be provided on the official websites of RRBs for knowing their exam city, date, session, downloading train travel authority and e-call letter.

In a bid to download the RRB JE Admit Card 2019, simply you have to visit the official websites of the Railway Recruitment Board (RRB) for respective zone and download call letter with providing some of your credentials.

Step one: First of all, candidates will have to visit the respective official website
Step two: Click on the 'Download RRB JE 2019 for CBT 1 Admit Card' link given on the home page.
Step three: You will have to enter your essential credentials on the appropriate place.
Step four: After this, you can click the submit button and download you’re admit card.
Step Five: You should keep printout of the copy of admit card for.

RRB JE CBT 1 EXAM Reschedules: The Railway Recruitment Board (RRB) has released the short notification regarding the rescheduling of the RRB JE CBT 1 on various centers including Bhubaneswar, Kolkata, Ranchi, Ahmedabad and Secunderabad due to dome technical reasons. RRB has not declared the new exam dates for the cancelled exams and candidates will have to be in touch with the RRB website for the same.

According to the short notifications released by the RRB, RRB JE CBT 1 exams have been cancelled due to some technical errors. The exam has been canceled at some exam centres in RRB Bhubaneswar, Kolkata, Ranchi and, Secunderabad.

According to the short notifications released by RRB, due to technical problems, the 1 st stage CBT scheduled on 25.05.2019 (all shifts) in the following centres under the jurisdiction of RRB Bhubaneswar is cancelled. Students who have been affected will be intimated through SMS and email update on registered contact details by the RRB.

The 1st stage CBT is hereby cancelled in the following centre under the jurisdiction of RRB Bhubaneswar from 25.05.2019 onwards (i.e. till 02.06.2019) has also been cancelled.

Railway JE 2019 for Phase 1 (CBT 1) examination is to start today and if you are about to appear in the exam, here are important instructions you should follow. Candidates should note that they will have to follow all the instructions before answering the questions. In a bid to perform in the exam, they will have to focus on the each and every part of the CBT 1 exam.

As it has been mentioned earlier that with their call letter, they will have to visit their exam center with the necessary documents including the valid Photo ID (like Voter Card, Aadhar Card, printout of e-Adhaar ) Driving License, PAN Card and other documents directed in the e call letter.Candidates should note that the RRB Junior Engineer CBT 1 (CEN 03/2018) is to start today i.e. from May 22, 2019.

The exam will be held until June 2, 2019 in which there will be three slots in each day. The exam is set to conduct at the various exam centers decided by the various Railway Boards in the different cities.