Find questions and their solutions of General Intelligence & Reasoning asked in SSC CGL 2016 tier-1 exam (Morning Shift). Please go through all of them-

In this article, we are providing you all 25 solved questions of General Intelligence & Reasoning asked in SSC CGL tier-1 exam held on 4thSeptember, 2016 (Morning shift). Please go through the following table to find the distribution of the asked questions-

From the above table, we can conclude that there is no topic, which is left in the exam. However, questions asked from analogy, alphabet test, series, odd one out, and coding-decoding were in higher numbers. Hence, from this observation, we can suggest that an aspirant must prepare each topic stated in the syllabus of General intelligence & reasoning prescribed by SSC in its notification. Now, please have a look at the asked questions-

Question 1.Select the related word/letters/number from the given alternatives.

Question 4.Find the odd word/letters/number pair from the given alternatives.

Explanation: All except water are used as an energy source. Hence, option(d.) is the correct answer.

Question 5.Find the odd word/letters/number pair from the given alternatives.

Hence, option(b.) is the right answer.

Hence, the right answer is opton(a.).

Question 7.Arrange the following words as per order in the dictionary.
1. Fraudulent
2. Fraught
3. Fraternity
4. Franchise
5. Frantic

Question 8.Which one set of letters when sequentially placed at the gaps in the given letter series shall complete it?
H__JH__IJHHI__HH__JH

Question 9.Which number will complete the series?

Explanation: The odd pairs in the given series are the odd multiple of 9 and even pairs are the even multiples of 9. Hence, the required answer = 9*11=99;

Question 10.Rajiv is the brother of Arun. Sonia is the sister of Sunil. Arun is the son of Sonia. How is Rajiv related to Sunil?

Explanation: From the given figure, we can deduce that Rajiv is nephew of Sunil. 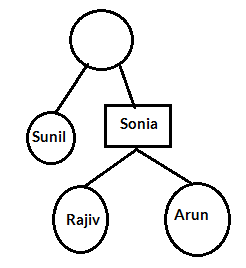 By Solving both the equations-

Explanation: The given word does not contain the letter ‘V’. Hence, option (c.) is the correct answer.

Question 13.If SYSTEM is written as RXRSDL. How can CORRECT be written in that code?

Explanation: Putting the given values in the problem, we get-

Question 16.Select the missing number from the given responses:

Explanation: From the given figure, the right answer is North. 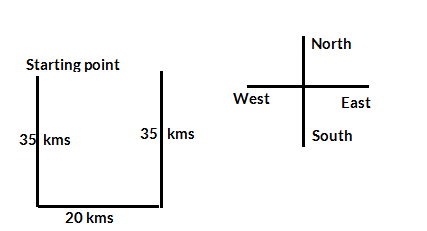 Statement: To achieve economic development, people should work hard.
Conclusions: I: Economic development is directly related to people's hardwork.
II: Working hard by all the people is impossible
a. Only I follows
b. Only II follows
c. Both I and II follow
d. Neither I nor II follows

Ans. Only I follows

Explanation: Second conclusion is explicitly irrelevant to the statement. While, Conclusion-I conforms to it. Hence, option(a.) is the correct answer.

Question 19.Find the number of triangles in the figure. 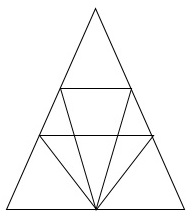 Question 20.Which of the answer figures best represents the relation between:

Explanation: Shirt is a garment and garment is a category of the clothes.

Explanation: The answer figure will be the reflection of the image given in the second quadrant. Hence, option(4.) will be the right answer.

Explanation: Superimpose the problem figure on each option’s image. Hence, option(a.) will be the right answer.

Question 23.A piece of paper is folded and punched as shown below in question figures. From the given answer figures, indicate how it will appear when opened. 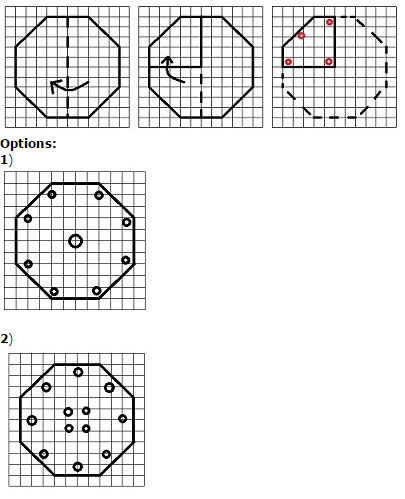 Explanation: If you reverse the punching process, then you will find that the right answer will be option (2.).

Question 24.The mirror image of a word is seen as given below. What is the actual word? 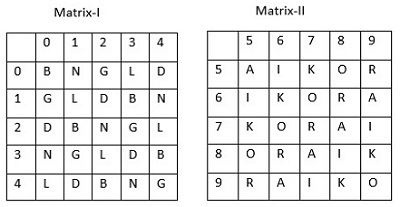 Explanation:  Let us find all coding of the word LION.

Hence, the correct answer among the given options will be option (b.).