In this article, you will get all 25 solved questions of General Intelligence & Reasoning asked in SSC CGL tier-1 exam held on 7thSeptember, 2016 (Morning shift). Please go through the following table to find the distribution of the asked questions-

From the above table, we can conclude that there is no topic, which is left in this exam. However, questions asked from analogy, alphabet test, series, odd one out, and coding-decoding were in higher numbers. Hence, from this observation, we can suggest that you must prepare each topic stated in the syllabus of General intelligence & reasoning prescribed by SSC in its notification. Now, please have a look at the asked questions-

Question 1.Select the related word/letters/number from the given alternatives.
Bacteria : Microscope :: Moon : ?

Explanation: Bacteria can be observed through Microscope. Similarly, Telescope is used for observing the Moon.

Hence, the correct answer will be 216.

Explanation: All except Novel are used for writing. Novel is a pre-written piece of content.

Question 5. Find the odd word/letters/number pair from the given alternatives.

Explanation: All except QSTt have their first two letter in small case and later in upper case.

Question 6. Find the odd word/letters/number pair from the given alternatives.

Explanation: All except 73 – 97 are not prime numbers. Hence, option(b.) is the correct answer.

Question 7.Arrange the following words as per order in the dictionary
a. Guarantee b. Group c. Grotesque d. Guard e. Groan

Question 8.Which one set of letters when sequentially placed at the gaps in the given letter series shall complete it?
xy_kx_zk_yzk xyz_ _

Explanation: As shown in the given figure, Z is the daughter in law of A. 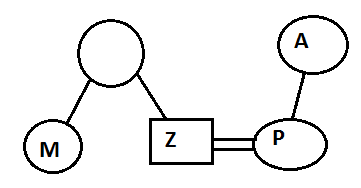 Question 11.The sum of ages of 4 children born at intervals of 4 years each is 60. What is the age of the youngest child?

Explanation: There are no two ‘T’s in the given word. Hence, OINTMENT cannot be formed with given word.

Question 13.In a certain code ‘CAMEL’ is written as ‘MFNBD’. How shall ‘TIGER’ be written in that code? 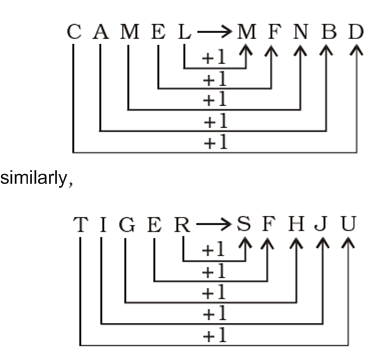 Question 16.Select the missing numbers from the given alternatives

Explanation: From the figure stated below, we can observe that finally he will head towards South direction. 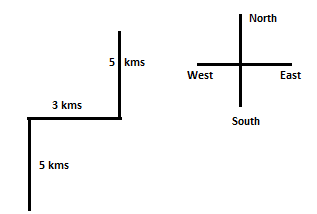 Question 19.How many triangles are there in this geometric figure? 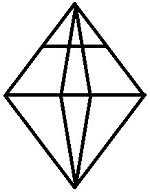 Question 20.Which of the answer figures best indicates the relationship between:
Doctors, Nurses, Hospital

Explanation: Doctors and Nurses work in a hospital. Hence, Option(a.) will be the suitable figure to represent the entities.

Explanation: The answer figure will be the reflection of the image given in the second quadrant. Hence, option(2.) will be the right answer.

Question 22.From the given answer figures, select the one in which the question figure is hidden/embedded

Explanation: Superimpose the problem figure on each option’s image. Hence, option(4.) will be the right answer. 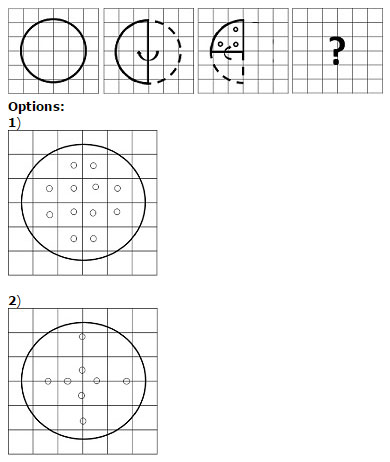 Explanation: If you reverse the punching process, then you will find that the right answer will be option (1).

Explanation: Let us find all coding of the word BARK.

Hence, the correct answer among the given options will be option (c).