Territorial Army is conducting recruitment rally for 425 Vacancies of Soldier GD, Clerk, Tradesman and Other Posts

On 19 October, Territorial Army Soldier recruitment rally will be held in the regions of Himachal Pradesh such as Chamba, Kangra, Lahaul, Spiti, Kullu and Mandi while on 20 October, it is for all other regions of HP. On 21 October, TA Soldier Rally is in Delhi, Chandigarh and J&K. Then, on 22 and 23 October 21 it is in various locations of Haryana.

After that, shortlisted candidates will be called for document verification, trade test, medical test, and other formalities from 25 to 28 October 2019.

Candidates can check all the details regarding TA Rallies through the pdf give below. 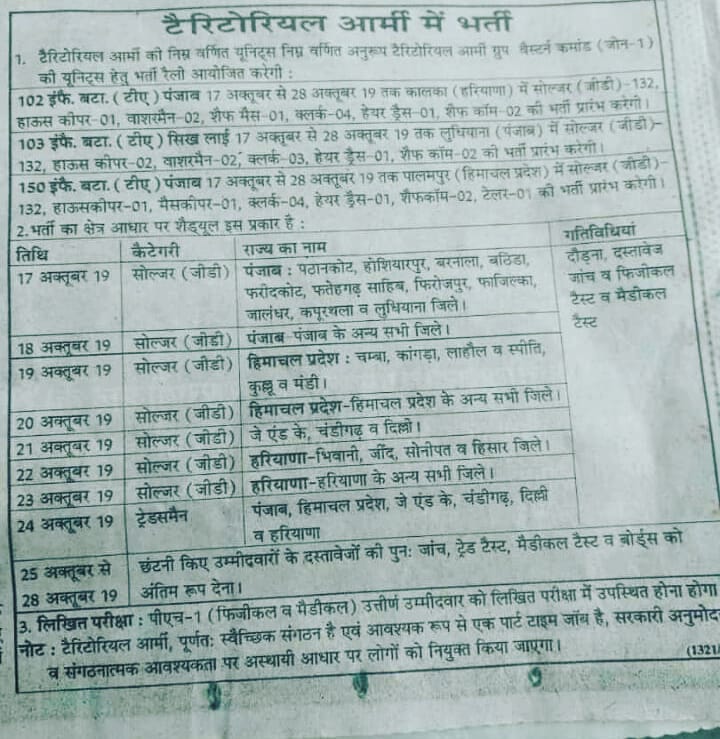