Wait for MP Board Results 2015 is over: Check www.mpbse.nic.in 12th Result Today On mpresults.nic.in

MP Board Class 12th Result 2015 to be declared today i.e. 10th May 2015 at www.mpbse.nic.in Students can check their results online on mpresults.nic.in and http://mp12.jagranjosh.com 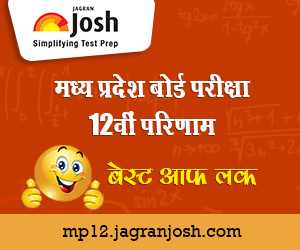 MP Board Class 12th Result 2015 to be declared today i.e. 10th May 2015 at www.mpbse.nic.in Students can check their results online on mpbse.nic.in and http://mp12.jagranjosh.com

This year, MP Board Class 12th examinations were conducted from March 2 to April 7 and around seven lakh students appeared for the exam. The students appeared in exams are advised to keep calm and access their results by submitting their Roll number on http://mp12.jagranjosh.com

More than 17 Lac students appeared in the Last year MPBSE Exams. Similar as Last year, the competition is stiff and students have to perform well to get good marks in all subjects. The MPBSE 12th Results 2015 is now going to declare today and MPBSE 10th Results 2015 will be declared soon in May 2015. So stay tuned with us to know MPBSE HSSC/Class 12th Result and MPBSE HSC/Class 10th Result 2015.