What is the Job Profile of Stenographer in Government Sector?

SSC conducts the Stenographer in Grade C and D examination every year to recruit candidates as stenographers in various government departments. To be eligible for the posts, one needs to have passed the 12th standard examination along with stenography skills.

Recruitment of Stenographers through SSC

The Staff Selection Commission (SSC) under Government of India conducts the Stenographer in Grade C and D examination every year to recruit candidates as stenographers in various government departments. To be eligible for the posts, one needs to have passed the 12th standard examination along with stenography skills.

The duties and responsibilities of a stenographer are: 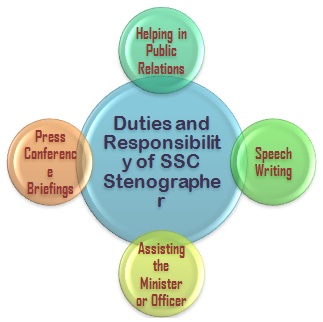 Press Conference Briefings: Sometimes, stenographers are asked to attend the press conferences along with a minister or a senior officer so that he or she can note down the speech in the event and later, help the government make press release regarding the same

Assisting the Minister or Officer: A stenographer attached to a particular officer or a minister needs to assist the minister in case of preparing a speech because most of the time, stenographers know the topics more than anybody else due to their constant involvement in the proceedings

Helping in Public Relations: The Public Relations Officer of a government department is benefitted the most by the stenographer because these officers require information to be disseminated to public on regular basis regarding the stand of the department in a certain issue and therefore, it is necessary to take the help of stenographers who are involved in making notes on a regular basis

Considering the specialised nature of the job, a stenographer gets limited opportunities to get promoted within the government machinery; however, if one clears the departmental examinations on time, there are decent chances of promotion to higher cadres.

Hence, stenographers are basically attached to a certain officer or ministry for carrying out the stenography job and with timely passing of examinations, one can go reasonably higher in the grade as well.