What makes the Earth rotate?

In this article you will get to know that what makes an Earth rotate on its own axis.

Q. What makes the Earth rotate? 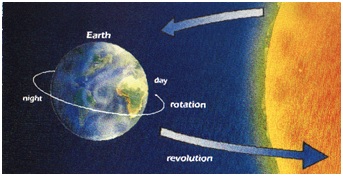 Ans. All celestial bodies in the universe were formed by the condensation of a rotating mass of gasses. The frictional and other forces in space are very small, hence due to the conservation of angular momentum (which states that in the absence of net external torque acting on a system about a given axis, the total angular momentum of the system about that axis remains constant), all celestial bodies along with Earth kept on moving about their axis as they started initially.