Why Civil Servants are called the Steel Frame of India? Explained

The Civil servants are responsible for implementing and executing effective and efficient policies on behalf of the government for national and social welfare. Let's understand why Sardar Patel referred to civil servants as the Steel frame of India.

Sardar Vallabhbhai Patel, young India's first Home Minister, spoke to the first batch of Indian Administrative Service officers at Metcalf House in Delhi in a special address on April 21, 1947.  Patel played a key role in incorporating the princely states into the Indian Union. Patel’s association with civil servants extends long before he took over as the Home Department of the interim Indian government. Before he stepped into the freedom struggle, Patel was a very successful barrister in Ahmedabad who often dealt with British civil servants on issues concerning law and order in the city.

Sardar Vallabhbhai Patel, our first Home Minister envisioned the civil services to be the ‘steel frame’ of good governance of the country. And this steel frame continues to serve the nation, following and respecting the first address of Patel saying “Your predecessors were brought up in traditions which kept them aloof from the common run of the people. It will be your bounden duty to treat the common man as your own.” 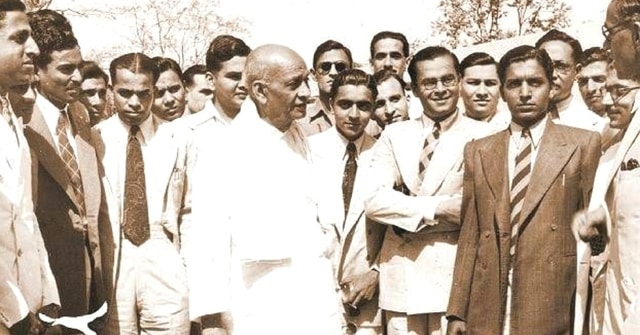 Civil Servants for the East India Company used to be nominated by the Directors of the Company and thereafter trained at Haileybury College in London and then sent to India. Following Lord Macaulay’s Report of the Select Committee of British Parliament, the concept of a merit-based modern Civil Service in India was introduced in 1854. The Report recommended that the patronage-based system of East India Company should be replaced by a permanent Civil Service based on a merit-based system with entry through competitive examinations. With the coming years, the system witnessed various reforms and improved to include Indians from all classes and regions.

Partition and the violent chaos associated with it, the claims of sovereignty from various pockets, and economic stagnation were critical features of the time. Since the majority of the civil servants in the British-era Indian Civil Service (ICS) were British citizens born in the United Kingdom, only a small number of them stayed back in India after Independence. There were legitimate concerns about how a newly independent India would rule the region.

Fortunately, the country had Sardar Patel on its side, and he went on to build a new steel frame of the country, which is still the backbone of Indian administration today.

Leaders of the Indian National Congress, who were deeply involved in the freedom movement, had no knowledge of administrative procedures. After the British left, they needed capable administrators. Despite opposition from other freedom fighters, Patel began assembling a team of capable and effective officers to support the nation's administrative machinery.

“You can realise what a year-old government has to do to maintain peace and bring about prosperity. The steel frame on which India relied so far is now broken….50% of which was foreign went across the seas. Partition further weakened it… We have only a small number of civil servants left…outsiders cannot appreciate their work. Many of them loyal workers and patriots are working with us night and day. All we have been able to achieve whether it be in the sphere of states or in Kashmir or in any other theatre, have been possible only because of their loyalty and wholehearted support,” said Patel, during a speech on October 15, 1949.

The Civil servants are responsible for implementing and executing effective and efficient policies on behalf of the government for national and social welfare. Since the political executive of the Indian state is deemed to change every 5 years, it is crucial to have an administrative body to carry out the formulated government policies without any hiccups.

The principle of ‘incorruptibility’ is the highest desired virtue for a civil servant. Civil servants have an onerous responsibility to demonstrate impeccable integrity. A corrupt system erodes the vitality of a robust country. Civil servants should avoid all actions that will sully their image and also that of the country. Common citizens should never be allowed to feel that the much avowed ‘steel frame’ has got rusted or bent.

Officials in the civil service are neither judicial nor political. In history, they played the part of a servant to their lord. Similar officials, known as rajukas and adyakhshas, were in charge of similar governance in the Mauryan administration. In modern history, the East India Company had government servants who served the crown under Lord Wellesley in 1800 A.D. While this group of government servants promoted British interests prior to independence, it was significantly altered post-independence to meet the developmental needs of the newly created democracy.

Explained: What is Lateral Entry into Civil Services?