Here you will get 10 solved practice questions for your preparation of JEE 2018 from the chapter Work, Energy and Power. Work-Energy theorem is important from examination point of view. 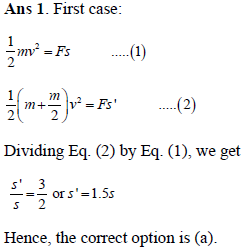 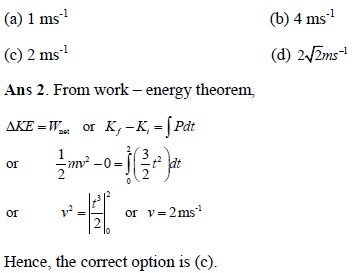 Q3. The kinetic energy K of a particle moving along a circle of radius R depends upon the distance s as K = as2. The force acting on the particle is 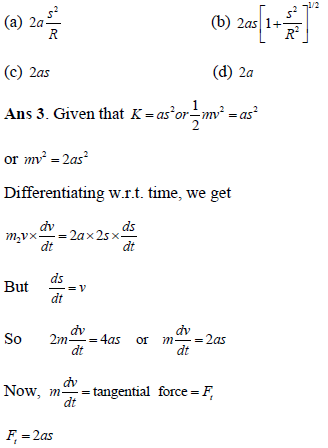 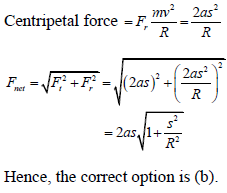 Q4. A particle of mass m is moving in a circular path of constant radius r such that its centripetal acceleration ac, is varying with time t as ac = k2 rt2 , where k is a constant. The power delivered to the particle by the forces acting on it is 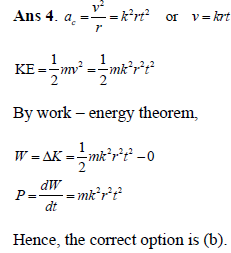 Q5. A uniform chain AB of mass m and length 1 is placed with one end A at the highest point of a hemisphere of radius R. Referring to the top of the hemisphere as the datum level, the potential energy of the chain is 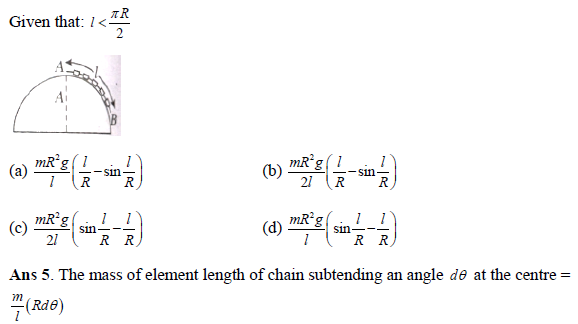 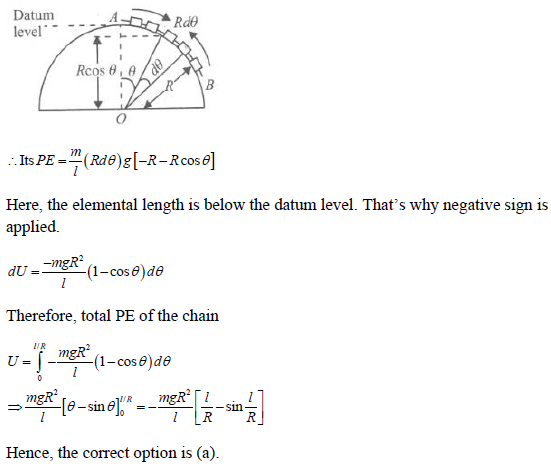 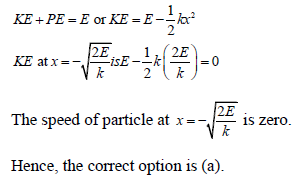 Q7. A block attached to a spring, pulled by a constant horizontal force, is kept on a smooth surface as shown in the given figure. Initially, the spring is in the natural length state. Then the maximum positive work that the applied force F can do is (given that string does not break) 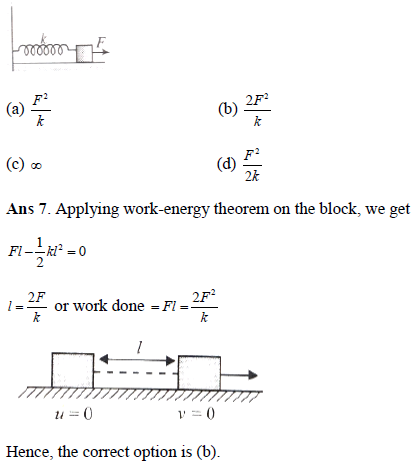 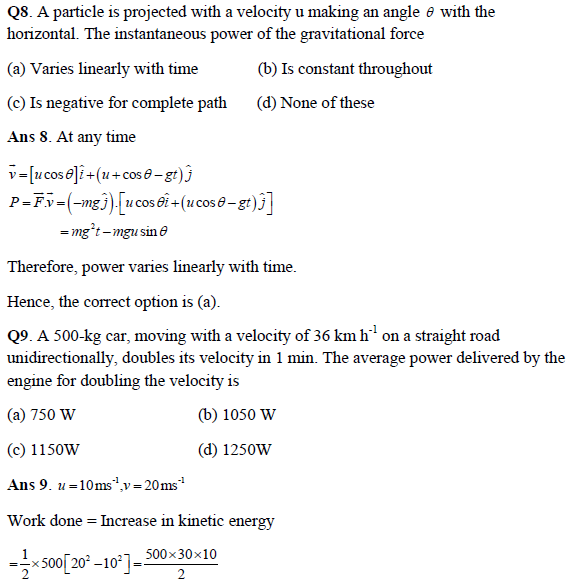