UN statement said that children trapped in conflict areas are at risk of running out of food and losing access to medical care. Unable to leave these areas, they cannot safely seek protection or assistance.

United Nations (UN) released a statement on April 18, 2019 that said around 5,00,000 children are affected by violence across western Libya. UN statement said that children trapped in conflict areas are at risk of running out of food and losing access to medical care. Unable to leave these areas, they cannot safely seek protection or assistance.

Calling the escalation in fighting the worst in years, Henrietta Fore, Executive Director of the UN Children’s Fund (UNICEF), and Virginia Gamba, Special Representative of the UN Secretary-General for Children and Armed Conflict, issued a statement reminding all of Libya’s warring parties that they are obliged “to protect children at all times in full compliance with international law”.

Libya has been torn by violence and political instability since long-time ruler Muammar Gaddafi was toppled and killed by rebels in 2011. The crisis was triggered by the Arab Spring protests, a series of anti-government protests, uprisings and armed rebellions that spread across the Middle East in late 2010. The protests led to a civil war, which invited intervention from a multinational coalition led by NATO forces to protect civilians against attacks by the government's forces.

In year 1961, Cobb became the first woman to pass astronaut testing. Altogether, 13 women passed the arduous physical testing and became known as the Mercury 13. But NASA already had its Mercury 7 astronauts, all jet test pilots and all military men. None of the Mercury 13 ever reached space, despite Cobb's testimony in 1962 before a Congressional panel. 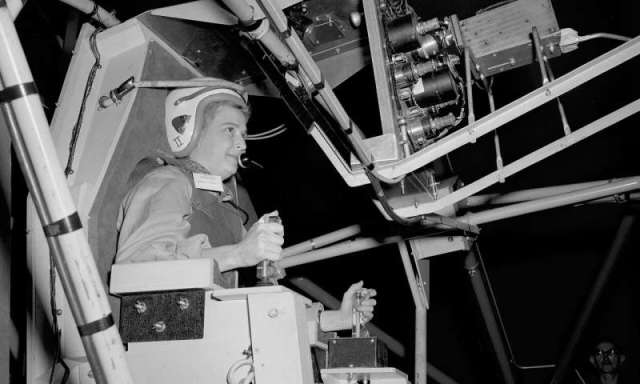 The Mercury 13 were thirteen American women who, as part of a privately funded program, underwent the same physiological screening tests as the astronauts selected by NASA on April 9, 1959 for Project Mercury. The term was coined in 1995 by Hollywood producer James Cross as a comparison to the Mercury Seven name given to the selected male astronauts; however, the Mercury 13 were not part of NASA's astronaut program, never flew in space and never met as a group.

In the 1960s some of the women lobbied the White House and Congress for inclusion of women in the astronaut program, even appearing before a congressional committee. All 13 members were, Myrtle Cagle, Jerrie Cobb, Janet Dietrich, Marion Dietrich, Wally Funk, Sarah Gorelick (later Ratley), Jane "Janey" Briggs, Jean Hixson, Rhea Woltman, Gene Nora Stumbough (later Jessen), Irene Leverton, Jerri Sloan (later Truhill) and Bernice Steadman. Jane Hart was the oldest candidate, at 41, and mother of eight. Wally Funk, was the youngest, at 23. Marion and Janet Dietrich were twin sisters.