Boxer Amir Khan in a tweet said that he would love to help Pakistan cricket team with some advise on how to stay fit and strong.

Following Pakistan’s humiliating loss against Team India in the world cup, the Pakistan cricket team-led by Sarfaraz Ahmed faced a lot of backlash from Pakistani fans who questioned their fitness and preparation for the world cup.

The former light-welterweight world champion Amir Khan tweeted saying that he could help the Pakistani side in bringing discipline in their food and diet. The Pakistani fans had blamed Pakistan’s loss on the burgers that the cricket team had on the eve of the big world cup match. 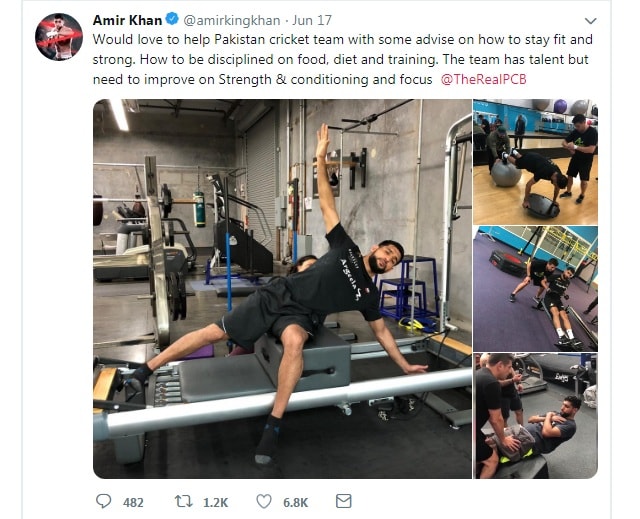 Besides saying that he could help in building the fitness of the cricket team, Khan, who was born in Manchester, tweeted that he will avenge Pakistan’s loss to India in ICC World Cup 2019 in his next boxing match against India’s Neeraj Goyat.

Neeraj Goyat replied to Khan’s tweet by saying, “keep dreaming, @amirkingkhan You will witness my victory and India’s as well.”