PM Modi who is currently in UAE tweeted a series of condolences messages for Arun Jaitley, referring to him as a valued friend, political giant, towering intellectual and legal luminary.

Arun Jaitley, former Finance Minister and Member of Parliament passed away today at 12:07 pm at AIIMS  hospital in New Delhi. The BJP stalwart was suffering from a prolonged illness. He was 66.

Arun Jaitley was admitted to the AIIMS' Intensive Care Unit on August 9 after he complained about breathlessness and restlessness. AIIMS had last issued a health bulletin on Jaitley's on August 9, stating that the leader  was hemodynamically stable. Arun Jaitley's death has shaken political leaders across party line. He has become the third senior BJP leader to pass away in 2019 after Sushma Swaraj and Manohar Parrikar.

President Ram Nath Kovind also expressed his condolences on passing of the late BJP leader, calling him a seasoned parliamentarian, a brilliant lawyer and a distinguished Minister. 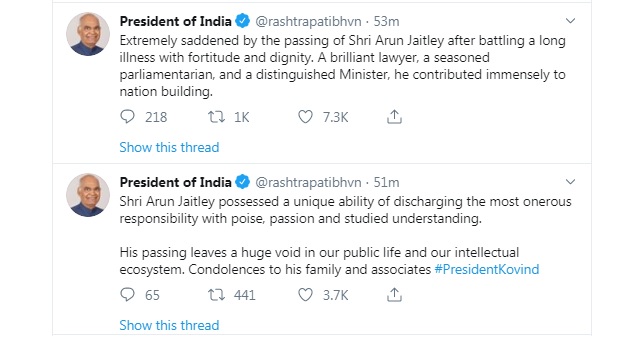 Vice President M. Venkaiah Naidu also expressed his shock at the demise of Arun Jaitley, describing his passing as an irreparable loss to the nation and a personal loss. He describe the late BJP leader as an outstanding Parliamentarian, legal luminary, towering intellectual, an able administrator and a man of impeccable integrity. He also recalled how Arun Jaitley distinguished himself by effectively handling important portfolios as Union Minister in the cabinets of A B Vajpayee and Narendra Modi.

Other political leaders cutting across party lines also tweeted to pay their condolences to the late BJP leader.  Following are some of the tweets: 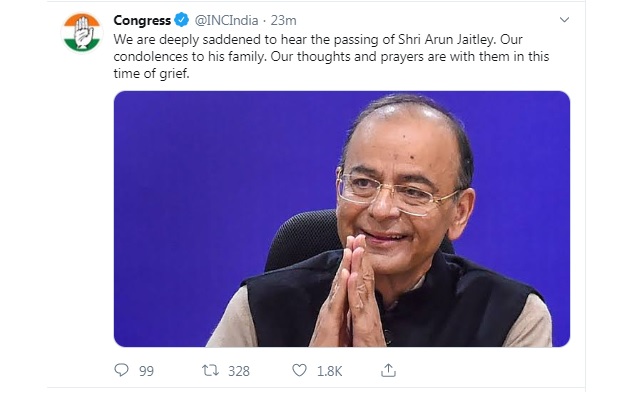 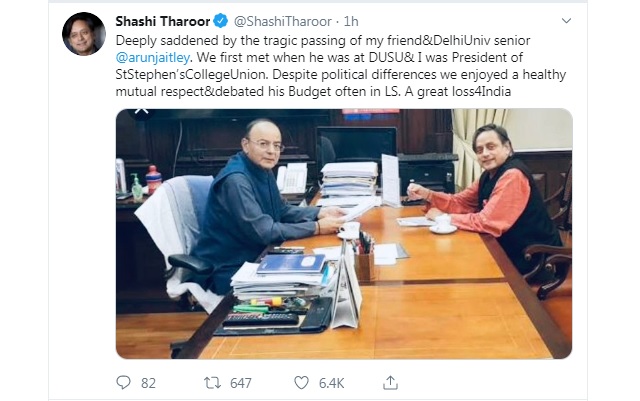 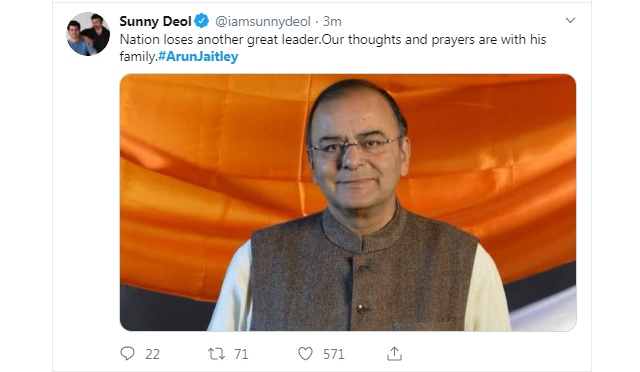 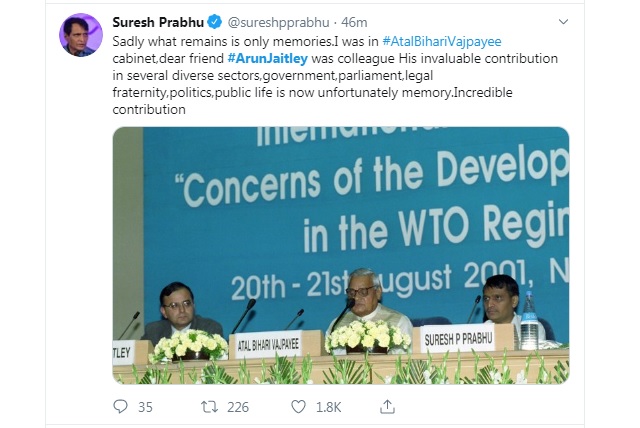