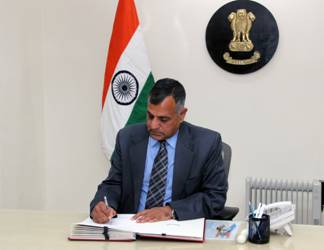 Ashok Lavasa on January 23, 2018 assumed charge as the Election Commissioner (EC) of India. He was appointed to the post by President Ram Nath Kovind on January 21, 2018.

About Ashok Lavasa
• Born on October 21, 1957, Lavasa is an Indian Administrative Service (IAS) officer from Haryana cadre of 1980 batch.

• Lavasa formerly served as the Finance Secretary in the Union Finance Ministry and retired from the post on October 31, 2017.

• In his 37 years of long active service, he has held various crucial positions in Haryana State Government and in the Central Government.

Besides this, he would also oversee the General Election to the Lok Sabha in 2019.