In September 2017, the Central Government delegated the power to Assam and Manipur Governments to impose or withdraw AFSPA. Earlier on April 1, 2018, the AFSPA was completely removed from Meghalaya and some areas of Arunachal Pradesh. 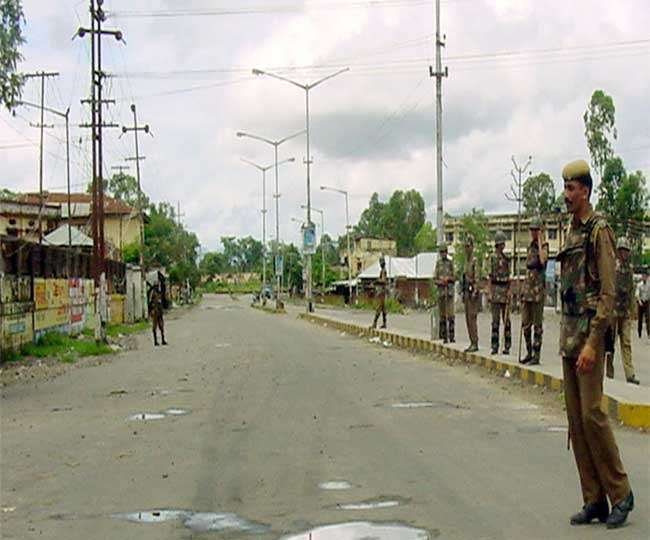 The Assam government on August 29, 2018 issued a notification declaring the entire state as “a disturbed area” and extended the Armed Forces (Special Powers) Act (AFSPA) for six more months in the state.

The extension of the AFSPA comes as a precautionary measure to maintain order during the ongoing roll-out of the National Register of Citizens (NRC). The final draft NRC is likely to be published by the end of 2018.

Though the situation in the state is peaceful at the moment, but the state government took the decision to not to withdraw AFSPA until NRC exercise is over.

In September 2017, the Central Government delegated the power to Assam and Manipur to impose or withdraw AFSPA. Earlier on April 1, 2018, the AFSPA was completely removed from Meghalaya and some areas of Arunachal Pradesh.

• The Armed Forces (Special Powers) Act, 1958 (AFSPA) is one of the most draconian legislations that gives unrestricted and unaccounted power to all security forces to carry out their operations, once an area is declared ‘disturbed’.

• The Act was first applied to the North Eastern states of Assam and Manipur and was amended in 1972 to extend to these ‘seven sisters’ states in the north- eastern region- Assam, Manipur, Tripura, Meghalaya, Arunachal Pradesh, Mizoram and Nagaland.

• The Section (3) of the AFSPA states that the act can be invoked in places ‘where the use of armed forces in aid of the civil power is necessary’.

• The AFSPA gives the wide powers to armed and central forces to shoot and arrest anyone acting in contravention of law and search any premises without a warrant and provide cover to forces from prosecution and legal suits, all in the name of aiding civil power.

• Even an officer, who is not on duty, is granted the right to shoot to kill, just on the basis of mere suspicion to ‘maintain the public order’.