Atal Bhujal Yojana: Know all about this groundwater management scheme

Atal Bhujal Yojana has been launched with an aim to raise the groundwater in those areas where it has significantly declined. 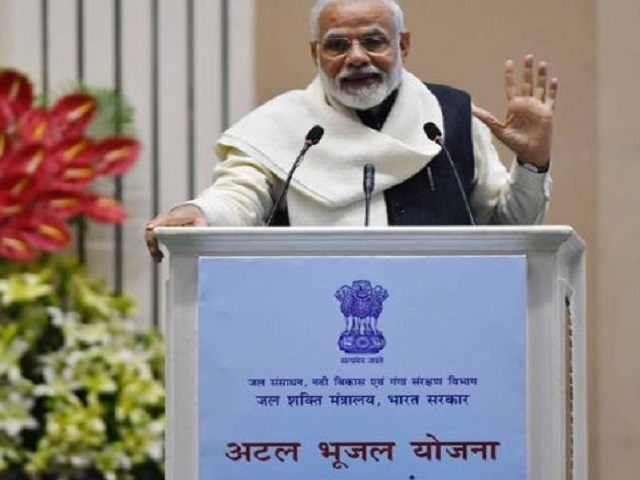 According to Union Minister Prakash Javadekar, the Atal Bhujal Yojana has been brought to deal with the groundwater problem. It will cost Rs 6000 crores rupees in 5 years. However Rs. 3000 crore will be given by World Bank and Rs 3000 crores to be spent by the government.

What is Atal Bhujal Yojana?

•         This scheme has been launched with an aim to raise the groundwater level in those areas where it has significantly gone down.
•         The objective of the scheme is to increase the level of groundwater. Also, this scheme has been brought by the central government to provide benefits to the farmers.
•         The central government wants to ensure adequate water storage for farmers under this scheme.
•         It has formed to benefit seven states - Gujarat, Haryana, Karnataka, Madhya Pradesh, Maharashtra, Rajasthan and Uttar Pradesh with an aim to bring community-level groundwater management.
•         This scheme is expected to benefit about 8350 Gram Panchayats in 78 districts of these states.

PM Narendra Modi said that a provision has been made in the Atal Jal Yojana to encourage Gram Panchayats to perform better in water management. He said that in the last 70 years only 3 crore people have got the piped water supply facility out of 18 crore rural households. Now, the government has set a target to provide clean drinking water facility to 15 crore households in the next five years.

Also Read | What is the difference between CAB and NRC? - Check Frequently Asked Questions on CAA