Suu Kyi, the Burmese State Counsellor, has been widely criticised for turning a blind eye to the violence and military crackdown in Myanmar's Rakhine state that forced more than 700000 Rohingya Muslims to seek refuge in Bangladesh, creating one of the world's biggest refugee crisis. 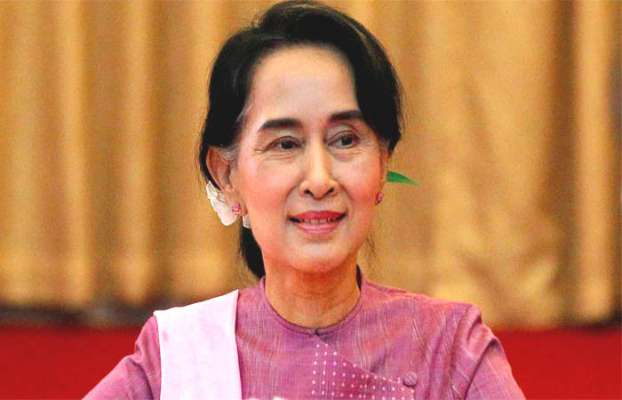 Myanmar leader Aung San Suu Kyi on October 3, 2018 became the first person to be stripped of the honorary Canadian citizenship for her role in gross human rights violations against the Rohingya people.

The Canadian Senate formally revoked the symbolic honour that was bestowed on Suu Kyi in 2007. Senators unanimously adopted a genocide motion tabled by Independent Senator Ratna Omidvar in the red chamber.

Senator Ratna Omidvar said that "We need to send a strong signal here in Canada and around the world that if you're an accomplice of a genocide, you are not welcome here. Certainly not as an honorary Canadian citizen.”

Suu Kyi, the Burmese State Counsellor, has been widely criticised for turning a blind eye to the violence and military crackdown in Myanmar's Rakhine state that forced more than 700000 Rohingya Muslims to seek refuge in Bangladesh, creating one of the world's biggest refugee crisis.

A United Nations fact-finding mission recently found that the Myanmar military was committing genocide against the Rohingyas, the minority Muslim population; and other ethnic minorities and in the middle of all this, Suu Kyi had failed in her duty to protect her own citizens.

The report names six military commanders in Myanmar who should be investigated for genocide in Rakhine state and for crimes against humanity in other areas.

The report condemns Suu Kyi for failing to use her power to prevent the genocide and fulfil her responsibility to protect the civilian population, thus, leading to mass murder, rape and displacement.

Nobel Peace Prize remains with her

• Myanmar passed its Citizenship Law in 1982 in which it recognised eight races and 130 minority groups but it excluded the minority Rohingya Muslims from citizenship.

• Later, it passed a second law that limited the Rohingya Muslim residence to two townships in the western state of Rakhine, which borders Bangladesh.

• The second law for Rohingyas also restricted them to have only two children, a restriction that does not apply to majority Buddhist population.

• According to Myanmar government, the Rohingyas are illegal immigrants from Bangladesh who were brought to Myanmar by the Britishers as builders and settlers.

• The ethnic group has become the prime target of the violence. The Rakhine State, the epicentre of the conflict, has Buddhist as a majority in groups and Rohingya Muslims as a minority.

Who are the Rohingya people?

• The Rohingya people, a Muslim ethnic-minority group, are a stateless Indo-Aryan people from Rakhine State of Myanmar.

• There were an estimated 1 million Rohingya living in Myanmar. As of September 2017, nearly half of them have fled to other countries.

• Described by the United Nations in 2013 as one of the most persecuted minorities in the world, the Rohingya population are denied citizenship under the 1982 Burmese citizenship law.

• The United Nations officials have described Myanmar's persecution of the Rohingya as ethnic cleansing, besides warnings of an unfolding genocide.