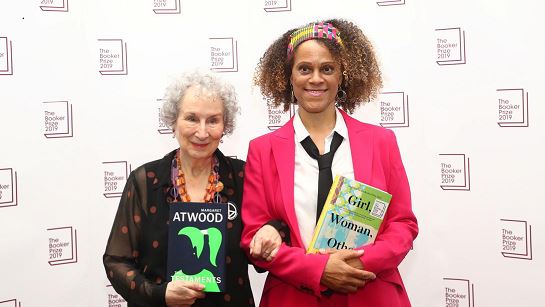 Booker Prize 2019: The winners of the prestigious Booker Prize 2019 have been announced. This year Margaret Atwood and Bernardine Evaristo have jointly awarded 2019 Booker Prize. This award has been given jointly to two people for the first time in nearly 30 years.

Both the winners will share prize money of 50,000 British Pounds for their novels. Total six books were shortlisted for the award and Salman Rushdie's tragicomic 'Quichotte' was one of them. Bernardine Evaristo became the first black woman to win this prize.

It is one of the most famous novels of Margaret Atwood. The story revolves around the chilling dystopia of Gilead, a patriarchal state in which women have no rights. Novel’s story follows a handmaid, one of Gilead’s few remaining fertile women who are forced into sexual servitude in a desperate attempt to repopulate the climate-ravaged world.

The Booker Prize committee changed rules in 1992 and started declaring joint winners. Earlier, the Booker Prize rules were insisting on not to divide the prize. However, judges found that they could not separate Atwood's - 'The Testament' and 'Girl, Woman, Other' by Evaristo.

The Mumbai-born novelist Salman Rushdie was shortlisted for the fifth time for his works. The judging panel said about 'Quichotte' that it is a picaresque tour-de-force of contemporary America, with all its alarms and craziness. Salman Rushdie won Booker Prize for “Midnight’s Children” in 1981.