The government has also approved to bring down the stake in selected public sector companies to below than 51 per cent.

The government has also approved to bring down the stake of government in selected public sector companies to below than 51 per cent. Finance Minister Nirmala Sitharaman told the media that the Numaligarh refinery will be separated from BPCL, the country's second-largest refinery company. The decision was taken after the Cabinet Committee on Economic Affairs (CCEA) meeting. 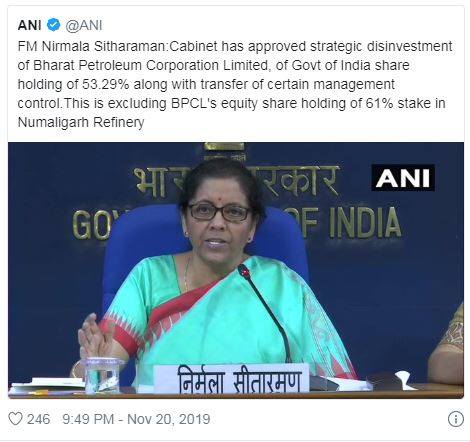