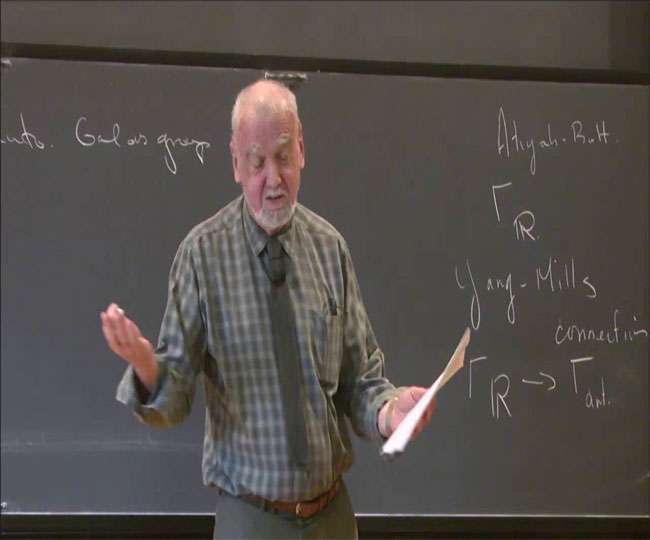 Canadian mathematician Robert Langlands was on March 20, 2018 awarded with the 2018 Abel Prize for his revolutionary 'Grand Unified Theory of Maths'.

The Abel Committee of the Norwegian Academy of Science honoured Langlands “for his visionary program connecting representation theory to number theory.”

Langlands will receive the award from Norway's King Harald V at an award ceremony in Oslo on May 22, 2018.

Langlands expressed the early ideas for his 'Grand Unified Theory of Maths' in a 17-page letter addressed to his French colleague Andre Weil in 1967.

The letter, like a vision, was circulated among renowned mathematicians, with hundreds of researchers coming together to explore the 'unified theory' as part of the Langlands program, which is widely considered the largest project of its kind in contemporary mathematical research.

• Langlands was born in New Westminster, British Columbia, Canada in 1936.

• He is currently working as a professor at the Institute for Advanced Study in Princeton, the United States.

• Named after a Norwegian mathematician Niels Hendrik Abel, the Abel Prize was first awarded in 2003.

• The award acknowledges outstanding scientific work in the field of mathematics.

• Some of the previous winners of award are Andrew J. Wiles, a mathematician who proved Fermat’s Last Theorem; Peter D Lax of New York University and John F. Nash Jr, whose life was portrayed in the movie 'A Beautiful Mind'.