Under the scheme, 80 crore poor and vulnerable families will be provided with free food grains such as rice and wheat. 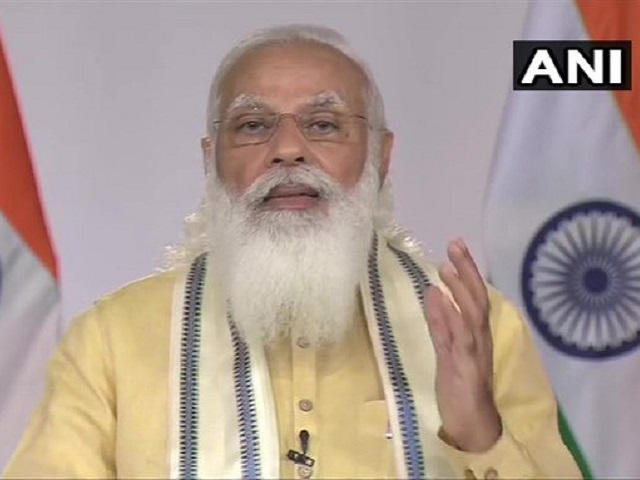 Prime Minister Narendra Modi during his televised address to the nation on June 7, 2021 announced that the Pradhan Mantri Garib Kalyan Anna Yojana will be extended till November 2021 to support 80 crore beneficiaries.

The benefits of the scheme have now been extended till Diwali to help sustain poor families that have been hardest hit by the state lockdowns imposed in April and May to contain the deadly second wave of the COVID-19 pandemic.

The Prime Minister in his address to the nation said that last year when the lockdown was imposed due to corona, the free ration was provided to more than 80 crore people for eight months under the Pradhan Mantri Garib Kalyan Anna Yojana. He said that this year too, the scheme was implemented in May and June, due to the second wave of the pandemic.

Now, he said that the government has decided to extend the scheme till Diwali. He assured that a fixed quantity of free foodgrains will be made available to more than 80 crore people till November.

•Pradhan Mantri Garib Kalyan Anna Yojana (PMGKAY) is a food security welfare scheme, which was launched by the government of India in March 2020 during the outbreak of the Covid-19 pandemic.

•Under the scheme, the Centre has been distributing 5 kg foodgrains per person per month free of cost to about 79.39 crore beneficiaries covered under the National Food Security Act (NFSA).

•The scheme provides 5 kg of rice or wheat per person and 1 kg of dal to each family having a ration card. This distribution is over and above the regular allocation to the beneficiaries under the NFSA.

•The PMGKAY scheme was launched to support the poor and most vulnerable section of the population, who were impacted most during the complete national lockdown imposed in March 2020. It was initially implemented from April-June 2020 and then was extended till November 2020.

•The scheme was reintroduced in May and June 2021 to deal with the impact of the second wave of the pandemic and the resulting lockdowns.

•The scale of the welfare scheme makes it the largest food security program in the world.

The 80 crore beneficiaries will, however, continue to get their regular quota under the NFSA.

Under NFSA Act, the centre provides 5 kg wheat and rice per month per person at a highly subsidized rate of Rs 2-3 per kg to around 80 crore beneficiaries.