The Union government on 23 October 2017 suggested to the state government of Odisha to enhance its rural road construction target under the Pradhan Mantri Gram Sadak Yojana (PMGSY) from 7,000 km to 10,000 km during the current fiscal year. 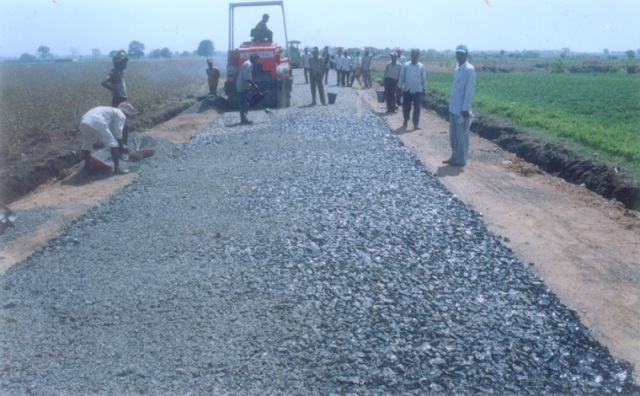 The Union government on 23 October 2017 suggested to the state government of Odisha to enhance its rural road construction target under the Pradhan Mantri Gram Sadak Yojana (PMGSY) from 7,000 km to 10,000 km during the current fiscal year.

The suggestions were made by the Union Secretary to Rural Development Minister, Amarjit Sinha to the state after attending a high-level review meeting held under the chairmanship of the Chief Secretary of Odisha, A P Padhi.

Though the state government had set an earlier target of constructing 7,000 km roads during this fiscal year, Amarjit Sinha said that the target should be revised considering the good progress of the Yojana’s implementation.

The target for this year was 7,000 km of road connecting 2,800 habitations, out of which the state has already completed more than 2,100 km.

• So far, around 42,058 km of road has been completed connecting 13,063 habitations under the Gram Sadak Yojana.

• The field level work for another 14,800 km of road that will connect 3,492 habitations is underway in full swing.

• The projects are expected to be completed latest by March 2019.

• The PMGSY scheme is being implemented with fund support of both the Central and state government on a 60:40 ratio.

• The Yojana is a centrally sponsored scheme, which aims to provide good all-weather road connectivity to all the unconnected villages in the country.

• It was introduced in 2000 by the then Prime Minister Atal Behari Vajpayee.

• The scheme has led to the development of several new roads that have in turn upgraded the life of many villagers.