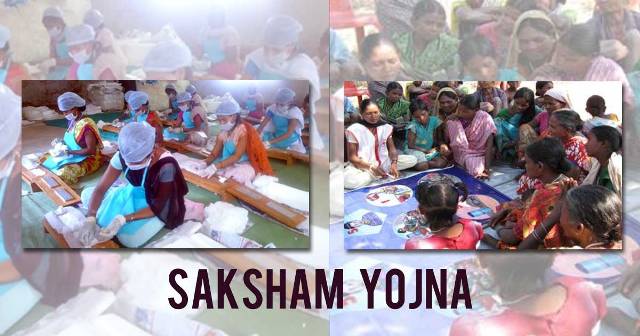 The state government of Chhattisgarh has reduced the rate of interest on loan given to women and their self-help groups under Saksham Yojna.

The rate of interest on loans has been cut from 6.5 per cent to 5 per cent to benefit more women and their SHGs under the Yojna. The decision was taken by the state’s Women and Child Development Minister, Ramsheela Sahu while chairing a meeting of the governing body of Chhattisgarh Mahila Kosh (CMK) at Raipur.

The initiative will allow the women and SHGs to easily avail the loan facility for self-employment and thereby become self-dependent.

• CMK is operated by Chhattisgarh’s women and child development department to disburse easy-term loans to women and SHGs.

• Loans worth Rs 1.04 Cr have already been disbursed to about 279 SHGs in the current fiscal year 2017-18 till September under various schemes of CMK.

• Besides this, under the Yojna, loans worth Rs 72 lakh have been distributed to about 111 SHGs during the same period.

• In the previous fiscal year, a loan worth Rs 2.33 Cr was sanctioned to 407 SHGs under the scheme.

The meeting further saw the adoption of several other decisions to encourage hard-working SHGs, while the minister reviewed progress under various related projects.

Besides, the district programme and projects officers of the department were instructed to support women and SHGs for their training under different schemes of CMK and motivate them to avail the loan facility for commercial and business-related activities.