General Bipin Rawat has set the deadline of June 30 to submit the proposal to create Air Defence Command. 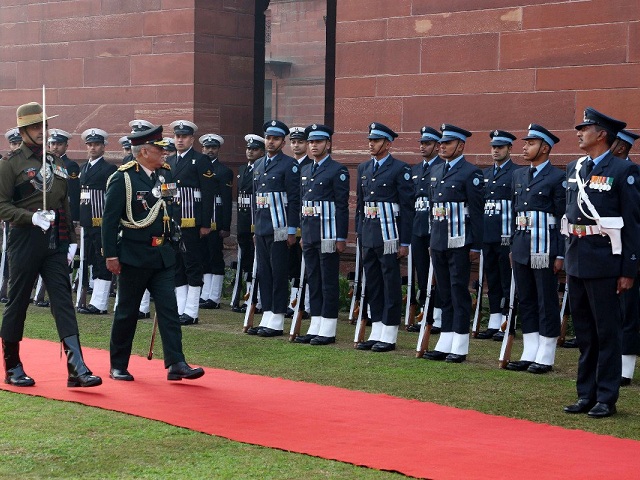 India’s first Chief of the Defence Staff, General Bipin Rawat has proposed the creation of an integrated Air Defence Command to boost the security of India’s skies.

General Rawat has further directed the heads of various branches to come up with recommendations for inter-service synergy and jointness in a time-bound manner. General Rawat had called a meeting of the important officials of the Headquarters Integrated Defence Staff on January 1, 2019.

• General Bipin Rawat has set the deadline of June 30, 2020 to submit the proposal to create Air Defence Command.

• He has also set December 31, 2020 as the deadline for the execution of various initiatives.

• He also suggested setting up of common 'logistics support pools' to enable jointness and synergy in tri-services.

• The logistics support pools have been proposed to be set up in stations where two or more services have their presence.

• The Chief of Defence Staff also underlined that efforts will be made to reduce unnecessary ceremonial activities that require a lot of manpower.

• The CDS also directed that all the three services and the Coast Guard must be consulted and their views obtained in a time-bound manner. All decisions will be taken to ensure optimisation of resources.

• General Rawat also stressed that all must work towards achieving the desired results and coming up with healthy views and ideas.

• He also directed indigenisation of weapons and equipment to the maximum extent possible while formulating the overall defence acquisition plan for the three Services.

General Bipin Rawat took charge as India’s first Chief of Defence Staff on January 1, 2020. The main aim behind the creation of the new post is to ensure synergy among the three armed services of India- Indian Army, Indian Navy and the Indian Air Force.

The Chief of Defence Staff will serve as the principal military advisor to the Union Defence Minister on most matters related to the tri-services. He will also head the newly created Department of Military Affairs.

The main role of the CDS will be to boost jointness in the operation of the tri-services, optimum utilization of the allocated budget and bring synergy in procurement and training of the armed services of India through joint planning to effectively deal with future security challenges.