Chile cancels hosting COP-25 and APEC due to nationwide unrest

Chile announced a 30 per cent increase in Metro fares in October 2019 which triggered the anger of people and they started protesting against the government. 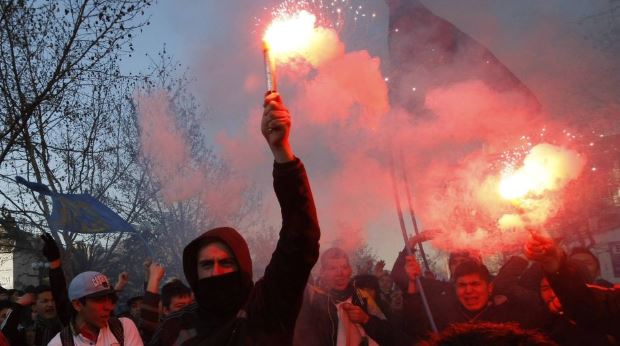 Chile has cancelled to host two major international summits, including a UN climate change conference, due to anti-government protests in the country. President of Chile, Sebastian Pinera, said that the decision had caused him pain but his government was required to prioritize re-establishing law and public order.

Asia-Pacific Economic Cooperation (APEC) Summit was planned for November and the United Nations Framework Convention on Climate Change (COP25) was planned for December but Chile has pulled out hosting for both events.

What is Chile unrest?

The government of Chile announced a 30 per cent increase in Metro fares in October 2019. The county was already going through issues of inflation which triggered the anger of people and they started protesting against the government on October 17, 2019.

Also Read | Armenian Genocide: All you need to know

The President Sebastian Pinera announced a package to increase the basic pension of the citizens to 20 per cent, free electricity and some subsidies in the medical sector, but even after that the public was not satisfied and President Pinera declared an emergency.

However, hundreds of people were still protesting on the roads and demanding the resignation of President Pinera. They are also demanding for economic reforms and a new government in the country. Pinera’s concessions failed to satisfy protesters despite a package of social reforms and a partial cabinet reshuffle. As per the media reports, more than 4,000 people have been arrested to date.

United Nations Climate Change Conference 2019 (COP25) was planned to be held in Santiago, Chile. It was planned that Chile will host the global Summit between 2 to 13 December 2019 but it was cancelled on 30 October due to Chilean unrest.

COP 25 was originally planned to be held in Brazil but newly elected President Jair Bolsonaro announced that due to economic reasons Brazil is not able to host the summit and withdrawal of an offer to host the program.

Asia-Pacific Economic Cooperation is also known as APEC. It is an inter-governmental platform for 21 Pacific Rim member economies to promote free-trade in the Asia-Pacific region. The group was established in 1989 to boost Asia-Pacific economies and get trade benefits from other parts of the world. It was the first time decided in 2006 Summit held in Hanoi that Free Trade Area of the Asia-Pacific (FTAAP) should be established.