Coronavirus update: Air India has brought back 119 Indians stuck aboard the luxury cruise ship- Diamond Princess-off the coast of Japan. The cruise liner carrying 3,711 passengers and crew members was quarantined on February 3, 2020 in the Port of Yokohama in Japan after a passenger who had disembarked in Hong Kong was tested positive of COVID-19 virus.

Currently, the ship has over 700 confirmed coronavirus cases along with 4 deaths. Though Japan allowed 1000 passengers to disembark from the ship earlier this week, the remaining continued to be stuck in the lockdown. Over 100 Indians including both passengers and crew members were stranded aboard the ship.

The Indians had appealed for help from the Indian Government. In response, an Air India flight was sent off to Tokyo to bring back the stranded Indians. The flight carrying 119 Indians and five foreign nationals belonging to Nepal, Sri Lanka, Peru and South Africa landed at the Indira Gandhi Airport in Delhi on February 27th morning.

Indian External Affairs Minister, Dr. S Jaishankar tweeted thanking the Japanese authorities for facilitating the evacuation of the stranded Indians. All the evacuees will now be quarantined in an Army camp at Manesar.

India’s special military transport aircraft, IAF's C-17 Globemaster aircraft, which had taken off on February 26 to deliver medical supplies and relief material to China’s coronavirus-hit Wuhan, has returned back with 76 Indian nationals and 36 foreign nationals belonging to 7 countries including the US, China, South Africa, Bangladesh, Myanmar, Madagascar and Maldives.

India’s External Affairs Minister thanked the Chinese Government for facilitating the evacuation. He tweeted saying that the flight had carried 15 tonnes of medical equipment to Wuhan to help combat the massive coronavirus outbreak in China. He also expressed solidarity with the Chinese people at this difficult time. 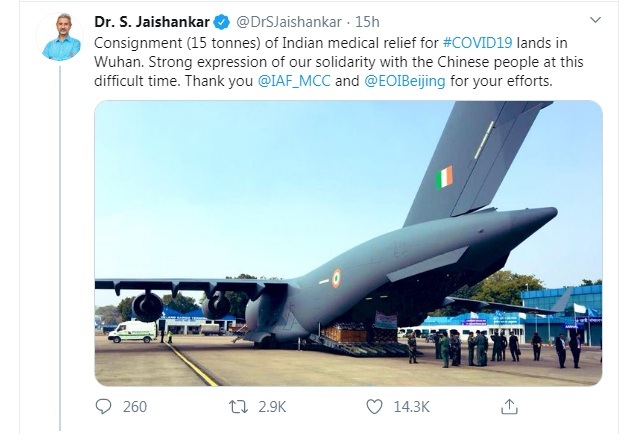 India had sent medical relief supplies including surgical masks, feeding and infusion pumps, defibrillators and gloves, based on the requirement placed forward by China. The military transport aircraft was earlier scheduled to fly on February 20 but the trip was delayed as the Indian side was waiting for clearance from the Chinese side. 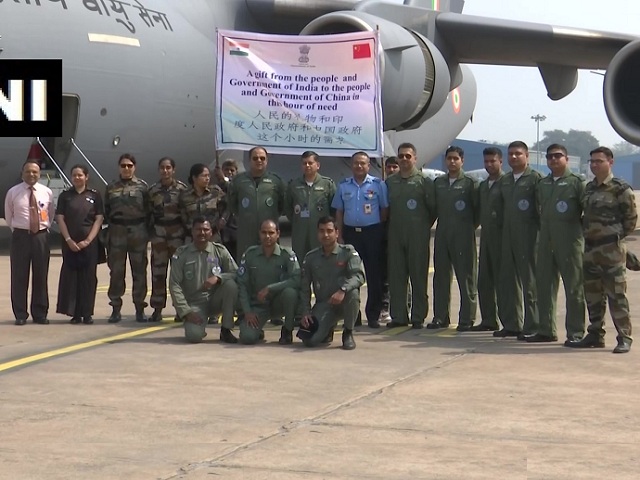 India had earlier flown back a total of 650 people from coronavirus epicenter, Wuhan in two separate 747 Boeing Air India aircraft on February 1 and 2 respectively. All those brought back were kept in isolation for a designated period. They were let free after they all tested negative for the virus. Over 100 Indians are still reported to be stuck in Wuhan.

The Ministry of External Affairs stated that some restrictions have been imposed on the export of certain medical equipment to China, in view of shortage of their supply within India.

The Ministry also asserted that the precautions taken by Indian authorities are in line with the advisory issued by the World Health Organisation on the outbreak of COVID-19.

China had earlier raised the issue of India restricting the export of certain medical supplies to it following the coronavirus epidemic in the nation.

In a new travel advisory issued on February 26, 2020, the central government has advised Indians to avoid all non-essential travel to three more nations- Iran, Italy and the Republic of Korea. The advisory also states that all the people coming from these three nations or having travel history since February 10, 2020 may be quarantined for a period of 14 days. 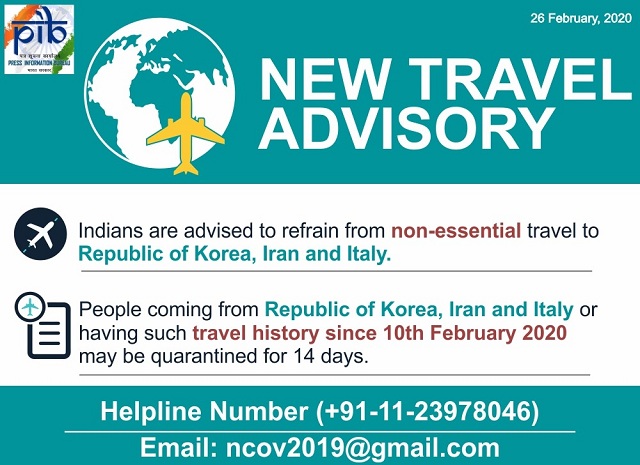 The Directorate General of Civil Aviation in India has also ordered that all passengers arriving from nations including Malaysia, Nepal, Indonesia and Vietnam will have to undergo screening at Indian airports before entering the nation. Earlier, only passengers arriving from China, South Korea, Hong Kong, Japan, Singapore and Thailand were required to undergo mandatory screening at Indian airports.

The mandatory screening order is to ensure that no passenger, infected with coronavirus, enters the nation. The screening will be conducted by the health authorities and the suspected passenger will be tested and kept in quarantine for 14 days to ensure that the virus does not enter India. India had reported few positives cases of the virus, however, all tested negative when the samples were sent for checking the second time.

WHO Chief urges nations to work harder to contain Coronavirus

The World Health Organization chief- Tedros Adhanom Ghebreyesus stated on February 24, 2020 that the nations should work harder to contain the spread of the deadly coronavirus. He said that the world should be doing everything they can to prepare for a "potential pandemic".

The deadly coronavirus has resulted in the death of over 2700 people, a maximum of them within China. The total number of confirmed cases has also risen to over 78000.

Many countries including Australia, South Korea, Italy, Iran, Japan and European nations have reported a sharp rise in confirmed coronavirus cases. South Korea is reported to be the biggest coronavirus affected centre outside mainland China. The country has witnessed a sharp rise in cases with more than 1000 people tested positive for the virus. The South Korean President, Moon Jae-in, has raised the country's virus alert to the "red" level, which is the highest.

Japan has also reported more than 130 positive coronavirus cases, among whom four have died. Three among the four dead were passengers on the quarantined cruise ship Diamond Princess. The total number of confirmed cases on the ship has risen to 630.

The Japanese government had decided to release about 1000 passengers after 14 days of the quarantine period. However, many among those have developed symptoms of the virus including fever. There are reports that Tokyo Olympics 2020 would be canceled if the coronavirus outbreak is not brought under control by late May.