The winners for this year who were felicitated at the awards ceremony include:

The AIMA Managing India Awards was established with an aim to recognize achievers who have made a fundamental difference, creating an edge above peers for others to emulate. Since its inception in 2010, these Awards have been conferred on leading icons from the Indian industry, media, sport and entertainment. Over the years, AIMA Managing India Awards have become one of the most coveted leadership honours in the country and are greatly valued.

Scientists have been altering the genes of mice, pigs, goats, chickens and butterflies for quite some time. But even as CRISPR, a transformative gene-editing tool, made seemingly impossible genetic alterations possible, even in reptiles. According to the draft of a study made public this week, it has changed with the birth of a nearly transparent Anolis lizard, the first gene-edited reptile. 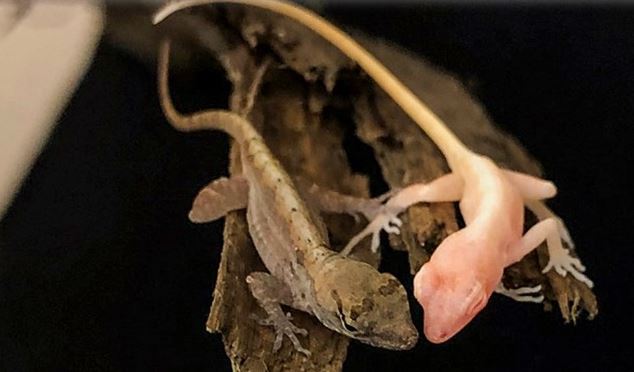 Animals used in this study were wild-caught Anolis Sagrei from Orlando. Lizards were housed at University of Georgia following published guidelines. Breeding cages housed up to 4 females and 1 male together. Twenty-one adult females from cages that consistently produced eggs were selected for this study. All experiments followed the National Research Council’s Guide for the Care and Use of Laboratory Animals and were performed with the approval and oversight of the University of Georgia Institutional Animal Care and Use Committee.

CRISPR-Cas9 is adapted from a naturally occurring genome editing system in bacteria. The bacteria capture snippets of DNA from invading viruses and use them to create DNA segments known as CRISPR arrays. And CRISPR is a family of DNA sequences found within the genomes of prokaryotic organisms such as bacteria. These sequences are derived from DNA fragments from viruses that have previously infected the prokaryote and are used to detect and destroy DNA from similar viruses during subsequent infections.