With more than 99 percent of votes counted, Netanyahu's Likud party is set to lead a right-wing bloc with 65 of the 120 seats in parliament.

Incumbent Israeli Prime Minister Benjamin Netanyahu is set to win a record fifth term in the country's most closely-fought general election in years after his main rival conceded defeat.

With more than 99 percent of votes counted, Netanyahu's Likud party is set to lead a right-wing bloc with 65 of the 120 seats in parliament. Netanyahu's key rival, Blue and White Party’s Benny Gantz, accepted the result on April 10, acknowledging that he had failed to unseat the prime minister.

Although Gantz's Blue and White Party was set to win a similar number of seats to Likud, there was no obvious path for its leader to find a parliamentary majority, as a number of right-wing parties expressed their support for Netanyahu.

With the election results, Netanyahu is now set to embark on a record fifth term in office thus, becoming Israel's longest-serving prime minister.

His previous terms have been marked by a rightward shift in Israeli policy towards the occupied Palestinian territories, as peace talks with the Palestinians have collapsed and the expansion of illegal Israeli settlements in the West Bank had accelerated.

In the run-up to the election, Netanyahu had promised that he would annex Israeli settlements if he won a fifth term.

Netanyahu received the popular mandate despite facing the possibility of being indicted on charges of corruption, fraud and breach of trust in three cases.

• The citizens of Israel on April 9, 2019 voted to elect a new parliament in the country's most closely-fought general election in years.

• Overall, fourteen main parties were competing for 120 seats in the Knesset or the Israeli parliament.

• Netanyahu, who was seeking a fifth term, faced main opposition from Benny Gantz, a former chief of staff of the Israeli military.

• In Israel, voters cast votes for a party and not individual candidates. The seats are divided proportionally based on the percentage of the vote each party receives.

• Any party that wins 3.25 percent or more of the vote gets at least one seat. If parties don’t pass that threshold, which many smaller parties do not, their votes will not be counted. This raises the share of seats given to other parties.

• The more votes a party gets, the more seats it will obtain in the Knesset as the government is based on a nationwide proportional representation system.

• No party has ever won a majority in Israel's 120-seat parliament. Hence, as soon as the results start coming in, negotiations will begin on the formation of a governing coalition.

Benjamin Netanyahu is one of Israel’s longest-serving leaders, having served 10 uninterrupted years as Prime Minister. He had previously held the position from 1996 to 1999 when he had become Israel's youngest-ever Prime Minister.

His tenure has been marked by a collapse of peace talks with the Palestinians, confrontation with Iran, armed conflict with Hamas and hostility toward what he views as plots to isolate and delegitimize the Jewish state.

At the same time, Netanyahu has overseen an era of healthy economic growth and stability, thawed relations with Sunni Arab leaders and expanded Israeli trade ties in Africa, Latin America and Asia.

The prime minister is entangled in corruption scandals that could lead to his indictment. 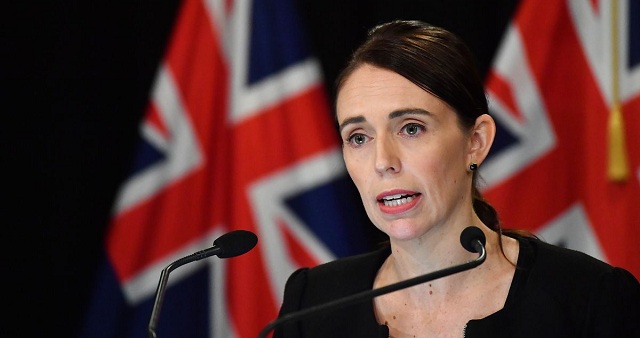 The Parliament of New Zealand on April 10, 2019 voted to ban all types of semi-automatic weapons and assault rifles following the Christchurch attacks. The bill was passed in the House of Representatives with the approval of 119 members, with just one member opposing it.

The bill will now be sent to the Governor General for his royal assent and is expected to become a law by April 12.

• An amnesty has been imposed so the owners of the weapons can hand them back, followed by a buy-back scheme which could cost up to 200 million New Zealand dollar.

• Prime Minister Jacinda Ardern announced changes to the law after 50 people were killed last month by a suspected lone gunman at two mosques in Christchurch.

• Australia’s Brenton Harrison Tarrant, 28, was charged with the mass murder and 39 counts of attempted murder. The royal commission set up to investigate issues surrounding the massacre is examining how he obtained a gun license in New Zealand and purchased weapons and ammunition.

• Ardern, who won international praise for her compassion and leadership since the shootings, was able to win rare bipartisan support for a bill that makes it illegal to own a military-style semi-automatic rifle. The only dissent was from the libertarian ACT Party's lone lawmaker in Parliament.

• The law includes a buy-back scheme under which owners of outlawed weapons can surrender them to police in return for compensation based on the weapon's age and condition.

Anyone found in possession of the banned assault rifles and semi-automatic weapons after the law formally passes, will risk facing jail term of up to five years.

Some exemptions have been allowed for heirloom weapons held by collectors or for professional pest control.