India has so far won a total of 188 medals at the Special Olympics World Games, which is being held in UAE’s capital city Abu Dhabi. India’s medal tally comprises 50 gold, 63 silver and 75 bronze medals.

Held in West Asia for the first time, 7,500 athletes from 190 countries across the world are taking part in the 15th edition of the Games, which boasts of 24 Olympic-style sporting events. Team India is the second largest contingent after the host UAE with 378 athletes.

Indian paddlers have made history in table tennis by clinching four gold medals and one silver medal.

In the men’s event, Karnataka’s Sandesh Krishna and Maharashtra’s Akash Tukuram clinched gold in men’s singles in different divisions of the 18-21 years’ category.

This is the first time that the table tennis team has won four gold medals at the World Games. The Indian TT contingent had undergone four preparatory camps in Gurgaon, Jodhpur, Haryana and Mumbai prior to the Games.

India’s Sonu Kumar from Rohtak, Haryana won a gold medal in judo by winning all his three bouts. .

On the other hand, Muskan won gold in deadlifting, bagged a silver each in squat and bench press and a bronze as well.

India has put up a great show this year, one of its best until now. It is even ahead of UAE, which has amassed a total of 126 medals with 41 gold, 37 silver and 48 bronze medals.

In the 2017 edition of the Games, the Indian special athletes had won a total of 73 medals. 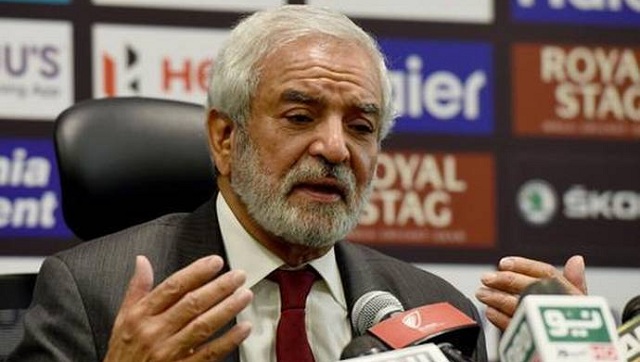 The Pakistan Cricket Board (PCB) has paid approximately $1.6 million as compensation to the Board of Control for Cricket in India (BCCI) after losing a case in the ICC’s Dispute Resolution Committee. The information was shared by PCB Chairman Ehsan Mani on March 18, 2019.

The PCB Chairman stated that the PCB had incurred costs of around $2.2 million on the compensation case which they had lost. Besides the amount paid to India to cover the costs of the case, the other expenses included legal fees and travel.

• The PCB had filed a compensation case against the BCCI in 2018 before the ICC’s Dispute Resolution Committee for an amount of around $70 million.

• The cricket board had sought the huge amount as compensation from the BCCI for not honouring a MoU signed between the two boards.

• According to the agreement, India and Pakistan were supposed to play six bilateral series between 2015 and 2023, which the BCCI failed to honour.

• The PCB claimed the MoU to be a binding pact and said that the BCCI’s failure to honour it had resulted in losses running into millions of dollars.

The Indian cricket board said that it was unable to play against Pakistan as the Indian government did not give the required permission.

The Indian Cricket Board also maintained that the discussion with PCB was a proposal and never a legally binding MoU.

The BCCI’s assertion was accepted by the ICC’s dispute resolution committee, which directed the PCB to pay the compensation amount to the BCCI.