BCCI Ombudsman, Retired Justice D K Jain will now also serve as the body’s ethics officer till someone permanent is appointed to the post. In its 10th status report, the COA had requested SC to appoint an ethics officer in addition to an ombudsman to look into matters of conflict of interest.

BCCI’s newly appointed Ombudsman, Retired Justice D K Jain will now also serve as the cricketing body’s ethics officer till such a time that someone permanent is appointed to the post. The information was shared by the Committee of Administrators (COA) on March 28, 2019.

In its 10th status report filed on October 28, 2018, the COA had requested the Supreme Court to appoint an ethics officer in addition to an ombudsman for looking into the matters of conflict of interest. 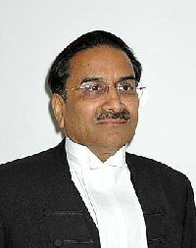 • The COA claimed in its latest status report that since transparency and measures to avoid conflict of interest are important aspects of the reforms process, there is a need for an Ethics Officer to be appointed at the earliest.

• The three-member panel had requested the retired Justice on March 12 to take over as the ethics officer on an ad-hoc basis, in addition to his role as the BCCI Ombudsman, till a permanent appointment takes place.

• The request was accepted by Jain, who agreed to double up as temporary ethics officer and look into all the conflict of interest cases.

• He is, in fact, already looking into Hardik Pandya-KL Rahul chat show controversy due to which the duo served a provisional suspension, which was eventually lifted.

According to the Board of Control for Cricket in India (BCCI), provisions in its constitution require an ethics officer to be appointed to determine and decide issues related to conflict of interest.

The CoA had earlier stated that the ethics manager shall be a retired Judge of the High Court so appointed by the BCCI after obtaining his/her consent and on terms as determined by the BCCI in keeping with the dignity and stature of the office.

The International Olympic Committee's executive board on March 27, 2019 recommended adding breakdancing, skateboarding, sport climbing and surfing to the 2024 Paris Olympic Games when the full membership meets in June.

This increases the chances of the four sporting categories in becoming medal events at the Olympic event.

• All four sports will be assessed in terms of how they are managed, the integrity of competitions and judging, before being finalised for the Paris Olympics.

• A final decision will be made by the board in December 2020 after further monitoring of the four sporting categories.

• Though breakdancing would be new in the Summer Games, the other three are already confirmed for the 2020 Tokyo Olympics lineup.

The IOC board has also agreed to continue helping North and South Korean athletes and officials work together despite diplomatic setbacks between the neighboring governments in recent days.

The joint Korean teams are being prepared in four sports- women's field hockey, mixed team judo, and men's and women's rowing- to try to qualify for the 2020 Tokyo Olympics and to possibly place a co-hosting bid for the 2032 Summer Games.

If the two Koreas agree to jointly place a hosting bid for the 2032 Olympics, it could compete with candidates from Australia, India, Indonesia and Russia that have expressed early interest.

Further, with the 2032 Olympics and the 2030 Winter Games in mind, a new panel comprising five IOC members chaired by John Coates of Australia has been formed to suggest ideas for the candidate process by the June 24-26 meeting of the full membership in Lausanne.

The Olympic Committee’s main aim is to make the Olympic Games more affordable and responsive.