Libya has no single government currently, with Haftar's LNA backing the Tobruk-based parliament which governs eastern Libya and the GNA that controls Libya's western parts from Tripoli. 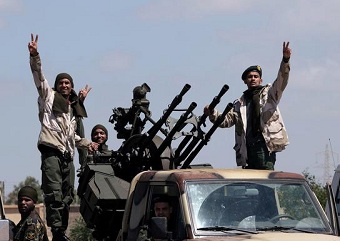 Libya has been torn by violence and political instability since long-time ruler Muammar Gaddafi was toppled and killed by rebels in 2011. The crisis was triggered by the Arab Spring protests, a series of anti-government protests, uprisings and armed rebellions that spread across the Middle East in late 2010.

• The protests led to a civil war, which invited intervention from a multinational coalition led by NATO forces to protect civilians against attacks by the government's forces..

• Muammar Gaddafi was ousted from power in the wake of the fall of Tripoli to the rebel forces in August 2011, although pockets of resistance held by forces loyal to Gaddafi's government held out for another two months, especially in Gaddafi's hometown of Sirte, which he declared as the new capital of Libya in September 2011.

• Gaddafi’s regime finally came to an end in October 2011 with Sirte's capture and his killing by rebel fighters.

• The civil war's aftermath and proliferation of armed groups led to violence and instability across the country, which erupted into renewed civil war in 2014 among rival groups seeking control of the territory of Libya.

• The second Libyan civil war has been mostly between the government of the Council of Deputies that was elected democratically in 2014 and internationally recognised as the Libyan Government, also known as the ‘Tobruk government’ and the rival Islamist government of the General National Congress (GNC), also called the National Salvation Government, based in the capital Tripoli.

• While the Tobruk government has the loyalty of General Khalifa Haftar's Libyan National Army and the backing of Egypt and the United Arab Emirates, the Islamist government of the GNC, which rejected the results of the 2014 election, is led by the Muslim Brotherhood with the backing of a wider Islamist coalition known as ‘Libya Dawn’ and other militias, aided by Qatar, Sudan and Turkey.

• The ongoing crisis in Libya has so far resulted in thousands of casualties since the onset of violence in early 2011 and has also led to a collapse of Libya's economically crucial oil industry.

• General Haftar, who casts himself as a foe of Islamist extremism is viewed by opponents as a new dictator in the mold of Gaddafi.

• The recent fighting has taken the United Nations by surprise and undermined plans to find agreement on a road map for elections to resolve the protracted instability in Libya.

Story 2- Kirstjen Nielsen steps down as US Homeland Security Secretary 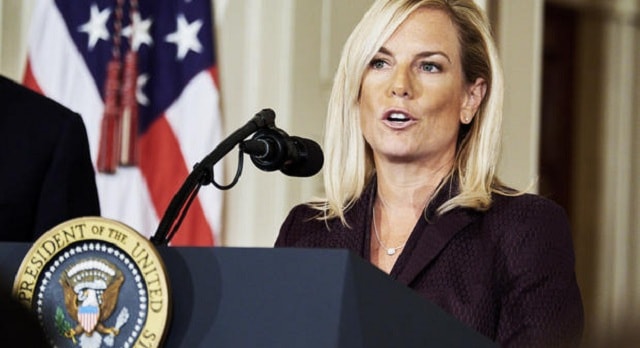 Kirstjen Nielsen, the US homeland security secretary, on April 7, 2019 stepped down from her position, ending a tumultuous tenure in charge of the border security agency that had made her the target of the president’s criticism.

Nielsen announced her resignation after meeting with US President Donald Trump. In her resignation letter, she wrote that it was the right time for her to step aside. She further stated that she hoped that the next secretary will have the support of Congress and the courts in fixing the laws that have impeded the ability to fully secure America’s borders and that have contributed to discord in the nation’s discourse.

Nielsen would be temporarily replaced by Customs and Border Protection Commissioner Kevin McAleenan. Her departure comes almost a year after she was confirmed to take over the post from John Kelly when he became the president's chief of staff. Nielsen's department was responsible for implementing the proposed border wall and the separation of migrant families.

would take over as the acting replacement for Ms. Nielsen, who became the sixth secretary to lead the agency in late 2017.

• Nielsen stated that she would stay on as secretary through April 10 in order to assist with an orderly transition.

• The abruptness was unusual because the Department of Homeland Security currently does not have a deputy secretary, who would normally take the reins.

• Nielsen was recently under a lot of pressure from President Trump to be more aggressive in stemming the influx of migrant crossings at the border.

• Trump in recent weeks had asked Nielsen to close the ports of entry along the border and to stop accepting asylum seekers, which Nielsen had found ineffective and inappropriate.

• She had repeatedly noted the limitations imposed on her department by federal laws, court settlements and international obligations.

• She had also hesitated for weeks about whether to sign a memo ordering the routine separation of migrant children from their families so that the parents could be detained, which was appreciated by the President.

Trump, in his effort to galvanize support before 2020 Presidential Elections, had racked up his anti-immigration message in recent months by shutting down the US government and then declaring a national emergency to secure funding to build a border wall, cutting aid to Central American countries and repeatedly denouncing what he believes is a crisis of migrants trying to enter the country.

While the number of border crossings is not as high as in the early 2000s, the demographic of migrants has shifted largely from individual Mexicans looking for jobs, who could easily be deported, to Central American families, overwhelming detention facilities and prompting mass releases of migrants into cities along the border.

According to estimates, the US border officials stopped as many as 100,000 migrants in March 2019.

While Trump often blamed Nielsen for the surge in migrant crossings, Nielsen’s most enduring legacy as secretary in the Trump Administration was carrying out the administration’s “zero tolerance” policy at the southwestern border, which initially resulted in the separation of thousands of migrant children from their families.

An intense backlash ensued, and the Department of Homeland Security was unprepared to deal with separating nearly 3,000 children from their parents.