Cyclone Nisarga is expected to cross Maharashtra coast between Harihareshwar & Daman,very close to Alibag between 1 pm to 4 pm today. 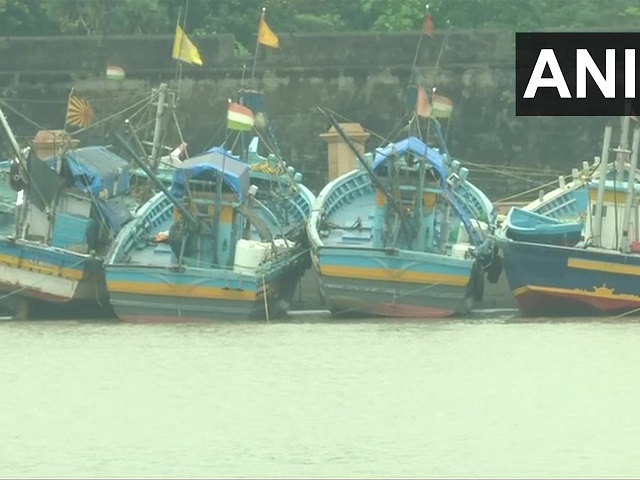 Cyclone Nisarga has made its landfall in Alibaug, south of Mumbai in Maharashtra. The entire landfall process is likely to be completed during the next 3 hours. The landfall is accompanied by strong winds and high tides, which have already hit Ratnagiri areas in Maharashtra and Dwarka Coast in Gujarat.

#WATCH: #CycloneNisarga makes landfall along the Maharashtra coast, process will be completed during next 3 hours. Visuals from Alibaug. pic.twitter.com/n5kpRtpBdS

The deep depression in the Arabian Sea had strengthened into a cyclonic storm 'Nisarga' on June 2. It is further expected to strengthen into a ‘severe cyclonic storm’ with a wind speed of 100-110 kmph that is expected to go up to 120kmh when it makes its landfall.

The super cyclone 'Nisarga' is expected to cross north Maharashtra and adjoining south Gujarat coast between Harihareshwar and Daman during the afternoon of 3 June.

What time will Cyclone Nisarga make its landfall?

According to IMD, cyclone Nisarga was heading towards north Maharashtra coast at a speed of 11 kmph. It is expected to cross Maharashtra coast between Harihareshwar & Daman,very close to Alibag between 1 pm to 4 pm today.

#CycloneNisarga will cross Maharashtra coast between Harihareshwar & Daman,very close to Alibag between 1 pm to 4 pm. While crossing the coast it will have strong winds of 100-120 kmph over Mumbai,Thane & Raigad districts of Maharashtra: Mrutyunjay Mohapatra, DGM, IMD pic.twitter.com/fm9HGwzwzt

Which areas will be affected?

According to IMD Director General Mrutyunjay Mohapatra, the cyclonic storm will mainly affect the coastal districts of Maharashtra, including Mumbai, Thane & Raigad districts. Its effect will also be seen in Gujarat and neighbouring states.

Low-lying areas of Mumbai to be inundated

The storm surge resulting from the super clonic storm is expected to be 1-2 metres above the astronomical tide and is very likely to inundate low-lying areas of Mumbai, Thane and Raigad districts at the time of landfall.

• The Indian coast guard has been working tirelessly since the warning of the deep depression was issued to warn fishermen not to venture out into the sea at this time. The IMD has warned of widespread damage.

• 31 NDRF teams have been deployed across Maharashtra to ensure preparedness and to carry out rescue operations in the areas that the super cyclone is likely to have its worst impact.

• In total, eight teams have been deployed in Mumbai, five teams in Raigad, two teams in Thane, Palghar, and Ratnagiri and one team in Sindhudurg.

• Around 60 percent of people living in coastal areas have gone to their relatives' places. The remaining ones have been evacuated and are currently being housed at evacuation centres.

• The NDRF teams also conducted evacuation in Alibaug during the early hours on June 3.

• The evacuation was done keeping in mind COVID-19 guidelines with proper adherence to social distancing.

• Around 40000 people have been evacuated to safer places till now from various locations of Maharashtra.

Cyclone Nisarga will be the first-ever cyclone in recorded history to hit the Maharashtra coast in the month of June, according to a climate scientist at the Indian Institute of Tropical Meteorology.