The National Assembly of France has passed a controversial immigration law, after 61 hours of debate. The controversial law, which was approved with 228 votes in favour, 139 against and 24 abstentions, exposed unprecedented divisions in President Emmanuel Macron's young centrist party. 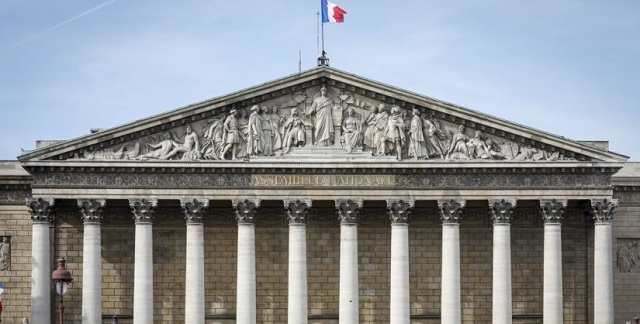 The National Assembly of France on April 22, 2018 passed a controversial immigration law, after 61 hours of debate.

The controversial law, which was approved with 228 votes in favour, 139 against and 24 abstentions, exposed unprecedented divisions in President Emmanuel Macron's young centrist party.

Though the law passed largely with the support of Macron's Republic on the Move (LREM) party, one of the party’s key members, Jean-Michel Clement, rebelled and announced his exit from the party after casting a no vote.

Lawmakers of both the right-wing and left-wing parties also voted against the law along with the far-right party, National Front.

• The National assembly or lower house of the French Parliament was supposed to vote on the bill on April 20, but the debate stretched into the weekend due to more than 1,000 amendments proposed by deputies.

• More than 200 of the changes were suggested by LREM members as they openly challenged Macron’s plans to double the maximum time migrants can be held in detention to 90 days.

Provisions of the law

The new law aims for better-controlled immigration, as it reduces the waiting time for asylum applications by almost half to six months and also makes it easier to deport those turned down as "economic" migrants.

It also aims to assist the accepted refugees to integrate better, by providing them with a better access to work and French lessons.

Many leftwing members criticized the measure of doubling the maximum time to keep asylum seekers awaiting deportation, including children, in detention.

"Nothing justifies locking up a kid," said a Socialist deputy, Herve Saulignac.

The bill also reduces the time that asylum-claimers have to lodge their application from 120 to 90 days, giving them just two weeks to appeal if unsuccessful.

According to several NGOs, the time is not enough to gather more evidence in support of their claim.

France received a record 100,000 asylum applications in 2017, contradicting the general trend in Europe where the number of asylum seekers reduced by almost a half between 2016 and 2017.